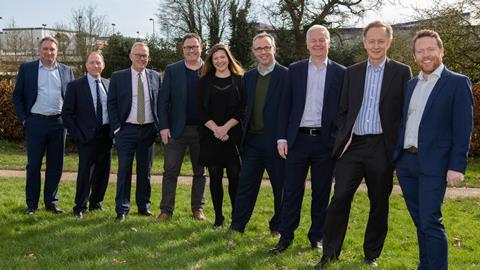 National firm Knights plc today confirmed its biggest acquisition to date as it announced the purchase of two top-200 firms.

The listed outfit has exchanged contracts to acquire Leeds-based full service firm Shulmans for up to £20.1m and south east practice ASB Law in a deal worth up £8.5m. A total of 219 fee earners will transfer to Knights when the deals are completed next month.

Knights has now bought 10 firms – always outside London – as part of its rapid expansion since floating on the London Stock Exchange in 2018. The group today announced a placing to raise £20m to fund the deals, as well as provide additional resources for further growth through organic expansion and further acquisitions.

David Beech, chief executive of Knights, said the latest deal marks the company’s entry into two important markets with the addition of two firms both in the top 200 UK practices by revenue.

‘With their ambitious teams and progressive approach to law, both firms are a strong cultural fit with Knights and provide an exciting platform for growth in their respective regions,’ said Beech.

Shulmans, which was founded almost 40 years ago, posted turnover of £17.6m for 2019/19 and operating profit of more than £6m. Under the terms of its acquisition, Knights will pay existing equity partners £6.1m immediately, with £1.5m to repay third party debt. Selling partners will also be issued with around 1.4m new ordinary shares.

Deferred consideration of up to £6.4m will be paid in instalments on the first and second anniversary of completion, including £300,000 in restricted stock awards to fixed share members, subject to certain conditions being met.

Knights will pay £7.3m cash upfront for commercial firm ASB Law, which will predominantly be used to repay debt. Deferred payments coming to £400,000 will be paid over the next two years, with around 182,000 new ordinary shares issued. ASB, which has offices in Crawley and Maidstone, posted £11m turnover for 2017/18, of which £1.76m was operating profit.

The Knights board expects both acquisitions to be earnings enhancing by a ‘high single digit percentage’ by 2020/21.

The company said its near focus will be on integration of the latest acquisitions and the organic expansion of the enlarged group. Around £30m remains available for further acquisitions.

House broker Numis has conditionally agreed to place 4,761,905 new ordinary shares at a price of 420p per share with existing investors, raising £20m and representing approximately 6.3% of the company’s issued share capital.

Knights shares rose marginally to 456p by 11am today.