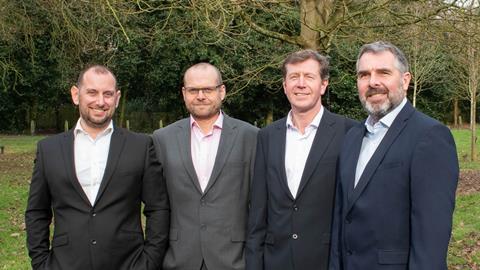 Listed firm Knights plc has announced yet another acquisition – this time worth up to £8.3m – as it continues to increase its footprint across England and Wales.

The latest capture is full-service Nottingham firm Fraser Brown, which will result in 81 fee-earners joining the rapidly expanding Knights.

Meanwhile the firm has also confirmed it will have further financial muscle after agreeing a new £40m revolving credit facility split equally with HSBC and Allied Irish Bank.

Following today’s acquisition, the eight equity partners of Fraser Brown will receive £2.83m in cash, payable on completion, and the issue of £3m worth of shares. Further cash consideration of £2.42m will be paid in instalments on the first and second anniversary of completion, subject to certain conditions being met. Knights says the finances for the deal are from existing facilities, and the deal should complete on 27 March.

In unaudited accounts for the year ended 30 June 2019, Fraser Brown reported revenue of £7.5m with a profit margin of 10%. The Knights board says it expects the firm to achieve a 15% profit margin once the businesses have been full integrated. Fraser Brown, which dates back more than 250 years, currently has four offices across the East Midlands.

Knights chief executive David Beech said: ‘With its local and national client base and broad spectrum of work, the combination of Fraser Brown with our existing presence in the East Midlands will position us as one of the leading legal and professional services firms in the region.’

Since the firm listed on the AIM of the London Stock Exchange in June 2018, it has embarked on a series of acquisitions in line with plans to expand everywhere but London. In addition to Fraser Brown, Knights has acquired Croftons Solicitors and Turner Parkinson (Manchester), ERT Law and Emms Gilmore Liberson (Birmingham), BrookStreet des Roches (Oxford) and Cummins Solicitors and Spearing Waite (Leicester).

The new credit facility of £40m will last until June 2023 and replaces the existing £27m facility with Allied Irish Bank.

Beech said the new funds provide the firm with additional flexibility to further grow its presence across the UK, both organically and through further acquisitions.