Top-10 firm Norton Rose Fulbright is to team up with Australia-based Henry Davis York in what will be the former's second combination in 2017.

The combined firm will be known as Norton Rose Fulbright when the two businesses integrate later this year.

NRF chief executive Peter Martyr said there is currently a 'sense of real momentum' in the London-headquartered firm's business, highlighting the firm's February announcement that it is combining with US-based international firm Chadbourne & Parke and integrating new colleagues from Vancouver-based firm Bull Housser. 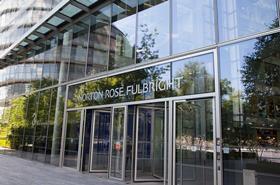 Martyr added: 'The addition of Henry Davis York will give us the critical mass we need in Australia to take full advantage of the steps already underway, at a global level, to modernise our business through the implementation of our 2020 business transformation strategy.'

With around 160 partners in Australia, Norton Rose Fulbright says it will be the second largest global law firm and in the top five overall.

The combined firm's 'powerful new offering' will be particularly evident in the financial services, and government and infrastructure sectors.

He added: 'We were ahead of the pack when we announced our game-changing merger with Norton Rose in 2010. We see that the Australian legal market is ripe for the next phase of consolidation and we are satisfied that this combination will bring us another first-mover advantage that will significantly strengthen our brand and footprint in the market.'