Annual income at pioneering listed firm Gateley has surged beyond £100m, as the company makes plans for a new staff incentive scheme.

Results published today show that in the year ended 30 April revenue increased 20.2%, with the rise attributable almost equally to organic growth and acquisitions. Profit before tax increased 8.9% to £15.9m (2018: £14.6m)

Gateley is proposing a final dividend of 8p per share, an annual increase of 14.3%. The company’s share price stood at 164p this morning, compared with an opening price of 95p in June 2015 when the firm became the first existing UK legal practice to float.

The company now intends to introduce a new long-term incentive plan for staff members, to sit alongside existing bonus schemes. Details of what the plan will involve are not included in the results statement. The current employee shareholder scheme is due to end next June. Gateley says it wants to use its plc status to provide an ‘attractive alternative’ for new and existing staff compared to more traditional law firm models.

Chief executive Michael Ward, who is stepping down next April, said the business is better placed than ever to capitalise on growing market opportunities arising from a changing legal sector. 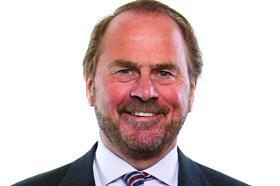 He added: ‘Following our fourth year, post-float, of strong trading momentum and delivery to all stakeholders in accordance with our originally stated aims and objectives, the board is confident that the group is well positioned to make even greater progress in the current financial year.

‘The board strongly believes that the opportunity remains to broaden our offering for our clients and investors.’