A law centre that took on the government over its immigration support has halted a High Court challenge after overdue guidance was published.

A judicial review, brought by London-based Public Interest Law Centre on behalf of a homeless Syrian asylum seeker, known as 'MSM', was due to be heard this month.

The challenge was over the absence of an adequate application process for accommodation sought under schedule 10 of the Immigration Act 2016 by individuals whose human rights might be breached. Asylum seekers, including those released from immigration detention on bail, can apply for accommodation and other support if they would otherwise be destitute.

Barristers Anthony Vaughan and Connor Johnston, of Garden Court Chambers, who were instructed by the law centre to represent MSM, said the Home Office was 'well aware' of the problems caused by the lack of a proper application process for schedule 10 accommodation from at least February 2018. That was the date the department agreed to draw up a 'clarified process' after concerns were raised.

Last month the Home Office finally published an application form and guidance which covers situations such as MSM's, whose asylum claim was treated as 'withdrawn' but who then made further submissions that had yet to be recognised as a fresh claim. 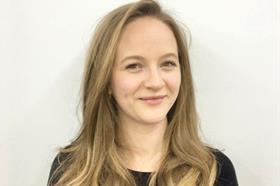 Mowatt: 'There was clearly something wrong'

Solicitor Helen Mowatt, of the Public Interest Law Centre, told the Gazette that she realised there was a policy challenge to be made after her friend, Isabella Mulholland, who was working at Hackney Winter Night Shelter, which helps homeless people, approached her for help and explained MSM's situation.

Mowatt said: 'My instinct was that he was clearly eligible for support, but where's the application process? There was clearly something wrong.'

Mowatt contacted the Asylum Support Appeals Project, which provides free legal representation and advice, and which has done work and research around the lack of an application process for those outside of detention. It provided key evidence for the challenge.

Judicial review proceedings were issued last November but the claim has now been stayed.

A Home Office spokesperson said: 'Immigration bail is a valuable tool which enables individuals who are liable to be detained to remain in the community subject to conditions. We recognise that guidance on how to apply for bail accommodation could have been clearer, which is why we updated our guidance in April.'