The first set of unqualified accounts for three years has helped to drawn a line under past issues, the Office for Legal Complaints declared today.

The legal complaints body, which oversees the Legal Ombudsman, said its latest annual report and accounts also highlights cost savings for the sixth consecutive year and a year-on-year increase in the number of legal cases resolved.

Wanda Goldwag, who became chair of the OLC board in March, said: 'This year's annual report and accounts are an important milestone that reflect our progress noted in the Ministry of Justice's tailored review. They draw a line under past issues and allow us to focus with renewed confidence on delivering our ambitious strategy.' 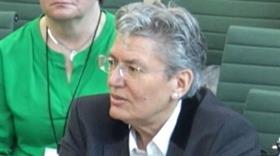 In 2016-17, the ombudsman received 64,932 calls, letters and emails. It resolved 6,573 of the 7,223 legal complaints it agreed to investigate. Residential conveyancing, family, personal injury, wills and probate, and litigation were the most complained about areas of law.

The ombudsman investigated and resolved 2,616 complaints in the claims management company jurisdiction. The majority of complaints related to financial products and services, such as mis-sold payment protection insurance.

Stone said: 'It is true to say that in the past there has been an over-emphasis on speedy resolutions with quality perhaps being sacrificed as a result.' A triage team was introduced in November 2016 to review case complexity. Varied working hours were also piloted, with some colleagues working up to 8pm, Stone said.

Identifying key issues and risks, the report states that a restructure of senior posts and the impact of recruitment controls 'have seen operational staffing levels consistently falling below our budgeted staff numbers. Resource levels have made it more difficult to achieve organisational goals'.

Stone will be leaving her post at the start of 2018 after just two years in the job. Her appointment in 2016 ended a tumultuous period featuring the resignation of the previous post holder Adam Sampson and the role having to be filled under an interim arrangement.