Rebecca Marsh, chief ombudsman for the Legal Ombudsman (LeO) has announced she is to leave the organisation after less than three years in post. She is to become property ombudsman in October, her office announced today. 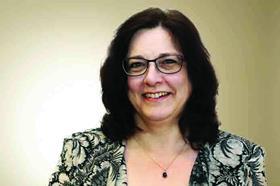 Marsh was appointed in November 2017 as the third person in the role since the post was created under the Legal Services Act.

In a statement she said: 'We have made real progress over my time at LeO and the role at the property ombudsman comes at a key point on that journey. I considered whether to continue into the final phase of LeO’s improvement and commit for a further three years, but the opportunity to become the property ombudsman offered some big strategic challenges that I really wanted to be part of.

'My move now will give the new chief ombudsman and chief operating officer the opportunity to pick up the reins as a new team and to take LeO on the next stage of its improvement journey.’

Elisabeth Davies, chair of the Office for Legal Complaints, said: 'I’m grateful for the tenacity and resilience Rebecca has shown in steering the ombudsman through a difficult and challenging time and in particular for her dedication to the staff. Given both Rebecca’s departure plans and the remaining operational performance issues facing the scheme, especially in light of the pandemic, now is the time to strengthen, enhance and reshape the leadership capability and capacity sitting beneath the chief ombudsman.’