The fallout from the coronavirus pandemic will ‘accentuate the pipeline’ of acquisition opportunities, one of the UK’s fastest-growing firms has predicted.

Knights plc said today it was confident of emerging in a strong position from the current environment and that there are already early signs of a recovery.

Full year results announced to the London Stock Exchange, state that revenue increased by 41% to £74.3m and underlying profit before tax rose by 45% to £13.6m in the year ending 30 April. Much of the revenue increase is accounted for by acquisitions made during the year, but the firm reported 10% organic growth as well.

Despite the positive financial figures, there will be no final dividend for shareholders, as previously announced, given the cost-saving measures put in place in relation to Covid-19.

The firm was one of the first to publicly declare it would cut costs following the UK going into lockdown in March. Measures included stopping or deferring all non-essential capital expenditure, eliminating discretionary spend, reducing board salaries by 30% and the salaries of all staff earning over £30,000 by 10%, and making staffing reductions.

Chief executive David Beech said Knights’ investments in systems, people and through acquisitions provide the scale and strength needed to emerge stronger from the crisis. 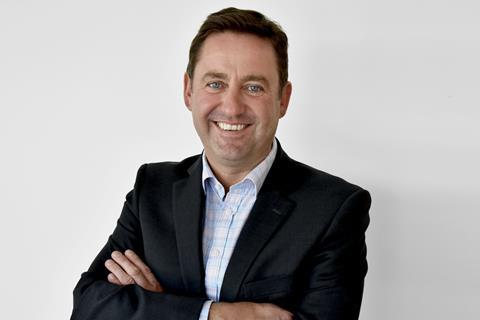 He said: ‘Whilst the market remains uncertain, we are pleased to see early signs of a recovery and the current year is expected to benefit from the full year effect of prior year acquisitions and our continued momentum in recruiting high calibre talent, many from other top 50 law firms.

‘Beyond the near term, we anticipate that Covid-19 will only accentuate the recruitment and acquisition opportunities for our resilient, well-invested, diversified and cash generative business in the highly fragmented and often under-invested market for legal services outside London.’

The Knights business has grown significantly since it went public two years ago, growing from 350 fee earners working from six offices to 930 fee earners in 13 locations. In the last year alone it has recruited a net 108 fee earners, acquired six different firms and expanded to new offices in Manchester. Net debt was £15.9m at the year end, up from £14.1m in April 2019, and during the year the group increased its lending facility to £40m while also raising £19.2m funds through a placing of shares in March 2020.

As with most other listed law firms, Knights shares tumbled following the lockdown announcement. From a low of 316p recorded on 24 March, shares in Knights Group Holdings plc  opened at 440p today, up 3.5%.

This story has been closed to comments.