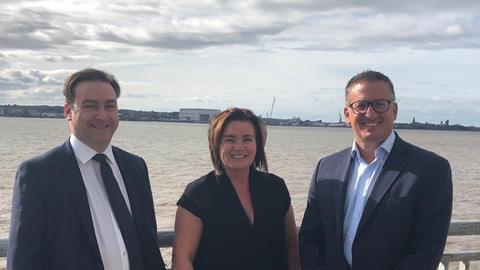 National firm Simpson Millar today announced the acquisition of a Liverpool personal injury practice - and the resurgent business says this is just the start of its growth strategy.

The acquisition of EAD Solicitors and the transfer of all its 70 staff was confirmed as Simpson Millar outlined its aim to create a business of ‘scale and volume’.

EAD is highly regarded in Liverpool and known for its working in representing trade unions, as well as representing families of football fans who died at the Hillsborough disaster. The Gazette understands talks have been ongoing for some time about a takeover, but these were accelerated when EAD directors filed a notice of the intention to appoint administrators. The sums involved have not been disclosed.

Greg Cox, chief executive of Simpson Millar, said: 'EAD Solicitors is an excellent fit with Simpson Millar. Both firms share a similarly rich heritage of supporting trade unions and the trade union movement. We believe that the combined firm can better service its existing clients.

'After securing significant investment in the business from its owners, we are very excited about the future and the potential opportunities that lie ahead for the combined business.'

Simpson Millar was owned by a failed listed company called Fairpoint but was officially bought by capital provider Doorway in January. The firm says it has £50m to invest in an  investment growth strategy.

The firm, which already has eight offices across the country, will invest 'substantial' sums in marketing, technology, staff development and attracting new talent.

The acquisition of EAD is believed to be one of a number of similar deals in the pipeline, ranging from the purchase of work in progress to the buying of other law firms. Simpson Millar said it wants to create a 'business of scale and volume, and to be one of the leading consumer law firms in the UK'.

Cox added: 'We are not going to go gung-ho and we will do the right acquisitions. We have been very careful and prudent over the last 12 months and building to execute our strategy.'

Ian Cohen, national head of personal injury and medical negligence and a member of Simpson Millar’s senior management team, will be based out of the new office in Liverpool.

Cathy Fielding, one of 11 EAD partners who will move across, said: 'This is a deal that works for both businesses, reflecting our shared values of putting our clients first. This acquisition strengthens the legal offer to clients across the region and we are delighted to be joining Simpson Millar.'

Founded in 1974, EAD carved out a reputation as a specialist in personal injury litigation. Its most recent financial accounts, covering the 2016/17 year ending 30 April 2017, show the firm made £2.2m profit before tax based on turnover of around £6.6m.