Brexit could strengthen London's credibility as a forum for dispute resolution, according to a partner of a Swiss firm that has opened a London office. 'It could be that London will be perceived as more neutral, parcularly when it comes to EU state-controlled parties,' Marc Veit of disputes specialist Lalive told the Gazette. 'I can definitely see an upside.' 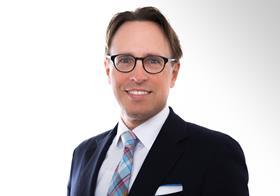 Geneva and Zurich based Lalive has opened its third office, in Eastcheap, to help increase its interaction with the common law world, Veit said. It will handle international commercial arbitration, investment treaty arbitration and public international law. 'We do not plan to practise English law in English courts,' Veit said. The firm has nonetheless secured Solicitors Regulation Authority approval, he said: 'There was some uncertainty over whether we required SRA registration but to be prudent and on the safe side we decided to do it.'

The office has opened with two partners and will be hiring at associate level this year. 'London has always been a major centre for dispute resolution and international treaty arbitration,' Veit said. 'It makes perfect business sense to have a physical presence here.'

Veit predicted that London would continue to have the edge over competing dispute resolution centres because of the stability and predictability of judgments - and especially its perceived neutrality. This is particularly important when parties in disputes are 'close to government or state owned companies', he said. 'This is where London has the edge over Dubai and other emerging markets.'

He noted the spate of commercial court initiatives in EU member states, including in Amsterdam, Frankfurt and Paris. 'Frankfurt is the most interesting one. It is allowing pleadings in English, though judgments are delivered in German. But one size does not fit all, and competition is good.'