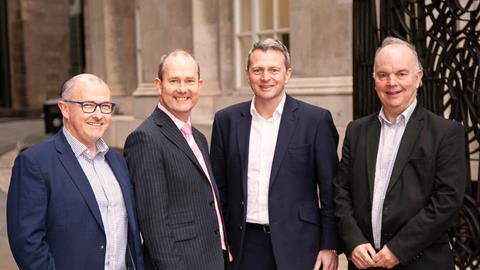 Fast-growing regional firm Knights has extended its reach in Manchester with the acquisition of long-established Croftons Solicitors.

Knights, which is listed on the AIM market of the London Stock Exchange, has bought out Croftons shareholders Simon Leighton, Arthus Chapman and Bob Agnew in a deal which could be worth up to £2.8m.

Established in the 1840s, Croftons specialises in housing, regeneration and commercial real estate and is an adviser to more than 50 housing associations. The acquisition will result in 33 fee earners joining Knights.

Under the terms of the acquisition, Knights will pay £1.4m on completion and issue £700,000 in new ordinary shares. A deferred cash consideration of £700,000 will be paid in equal instalments over the next two years, subject to certain conditions. Knights said the deal is funded through its existing facilities.

David Beech, chief executive, said: ‘The [Croftons] team is well regarded in the housing association sector, which typically brings recurring revenues from this highly defensive segment of the market.

‘We previously set out a strong intent to expand in Manchester with our move to larger, modern, premises in 2019 and look forward to welcoming Croftons to our growing team there.’

In unaudited accounts for the year ending 31 March 2019, Croftons achieved revenue of around £2.8m with a profit margin of 15%. Knights said that following the acquisition, and associated ‘cost synergies’, it expects profit margin to increase to 20% within the first year.

Knights, which floated almost two years ago, has expanded rapidly since then, pursuing a strategy of acquiring firms in various locations outside of London. It now operates from 10 locations across England and has moved into the top 100 UK firms by revenue.