Tech giant Microsoft has revealed that it will award up to a 3% bonus to UK panel firms that hit its diversity targets.

Microsoft is part of a growing list of corporates using their buying power to push their legal firms to increase diversity and inclusion.

Last year Microsoft launched a Law Firm Diversity Programme in the UK, building on an existing programme that began in the US in 2008. Following a pilot, Microsoft invited firms that do substantial work for the company in the UK to join the programme. Incentives were allocated specifically focused on advancing representation of black/black British, Asian/Asian/British or mixed/multiple ethnic group partners in law firm leadership. 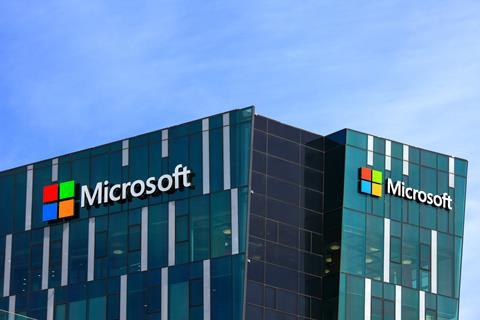 Microsoft has announced new initiatives as part of ongoing programme

CMS met seven out of eight diversity targets. For instance, the number of hours that diverse employees from CMS spent on Microsoft matters increased by 12% to reach an ‘impressive’ 63.1%.

CMS and Reed Smith tied for 'most innovative firm'.

CMS was applauded for its target of attracting 35% of applications from ethnically diverse applicants by 2023, with ‘proportionality’ applying to the selection process to ensure the results reflect the entire process.

Reed Smith was publicly applauded for its Racial Equity Action Plan, which includes increasing the percentage of black leaders in the firm by 30% by 2024.

Microsoft also announced that it will introduce a financial bonus for firms that reach its 2022 targets. They will be 'eligible to earn a bonus of up to 3% on their annual fees' for meeting the targets set by the tech giant.

Microsoft will increase targets, add a social mobility target, and publicly recognise any UK partner firms that hit all of them.

The ‘most innovative firm’ award will be replaced with a survey of UK partner firms on the investments they are making ‘in infrastructure that promotes a more inclusive environment, such as having dedicated D&I committees, strategic plan, training and development/mentoring for diverse attorneys’.