Staff were told this week that 60 jobs are at risk following a restructuring of the business, from business operations to membership roles, a press update issued at 4.30 this afternoon revealed. 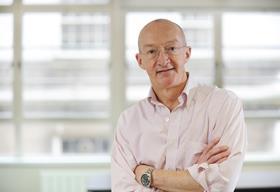 The two offices in Leicester will become one, while the Manchester office will also be closed down, with a number of staff expected to relocate.

The current practice was formed through the merger of top 100 firms Shakespeares and SGH Martineau in 2015 and managers say this is the next stage in the business strategy.

Chief executive Andy Raynor, who is leaving the the firm later this year, said: ‘We realise that this is difficult news for the individuals involved, especially during a period of continuing success. We are doing everything we can to support them, and where possible will find alternative roles for them within the firm.

‘Our strategic direction and associated investment is clearly set out and by making these changes now, the main board and partners will be creating a platform for the firm’s further growth in the future.’

The firm’s most recent accounts, covering the 2016/17 year ending 30 April 2017, showed the business in decent health: operating profits rose 12% to £22.1m while revenue increased marginally to £70.2m. The average number of employees in the year was 713.