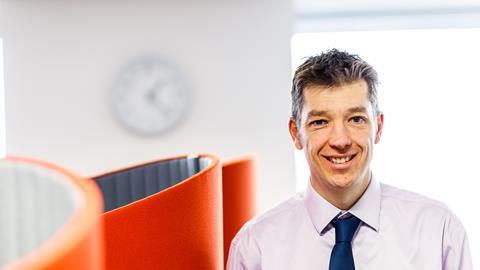 The office of the legal ombudsman has named a new chief executive as it begins the process of recruiting a new ombudsman. The announcement is a bid to draw a line under two years of rapid turnover at the top of the seven-year-old complaints-handling body.

Rob Powell, currently director of corporate affairs, will become chief executive next month on the departure of Nick Hawkins after nearly two years in the role. Powell, who is a qualified accountant, joined the ombudsman in October last year from water regulator Ofwat. He said his priority will be to further modernise the organisation.

Wanda Goldwag, chair of the Office of Legal Complaints (OLC), said Powell ‘will build on the fantastic foundations and improved governance that Nick Hawkins has put in place while adding to the excellent work that is currently being done.’

Powell said: ‘I am absolutely delighted to have the opportunity to lead the Legal Ombudsman and drive the next phase of its modernisation. I want to get the best out of our fantastic people and embed our customer service principles.’

Meanwhile, an advertisement for the position of chief legal ombudsman has appeared following the approval of the appointment of the current incumbent, Kathryn Stone, as the new parliamentary commissioner for standards. Stone will leave the ombudsman at the start of next year after just two years in the role. The post, which is open to non-lawyers only, has a salary of up to £110,000 a year.