Profits down 20% at PI firm as 'transition' costs bite

Bosses at one of the country’s biggest claims management companies have insisted it will come out stronger from a ‘transitional’ period of falling profits.

The company had already made a profit warning to the market earlier this year after a ‘challenging’ fourth quarter’s trading.

Its underlying issue is that the personal injury market from which it derives much of its income is facing tumultuous change. The Civil Liability Act will come into force in April 2020, slashing damages for RTA claims and removing the recoverability of legal costs for any soft tissue claim worth up to £5,000.

A drop-off in demand from panel firms, many of which rely heavily on RTA claims, has been reported in the past, and NAHL intends to set up its own separate legal firm next month to counter this fall.

That practice, named National Accident Law, has required investment in working capital and infrastructure and has also affected profits, the company reported.

‘This deferral in profits will support future earnings and provide the basis for a sustainable and growing earnings stream in our personal injury division,’ said chair Caroline Brown. ‘Events in 2018 once again validated the strategic approach we are taking and the regulatory and competitive landscapes are developing as we had anticipated. Our businesses are facing into significant market change but are adapting to this and embracing the opportunity that it brings.’ 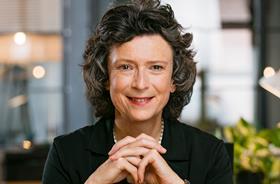 Chief executive Russell Atkinson said the new firm will operate from Kettering with 21 initial staff and a heavy reliance on technology to process mostly RTA claims.

The Ministry of Justice is designing a portal intended for use by litigants in person, but Atkinson remains confident injured victims will want to involve – and pay for – a third party. ‘We would not suggest they get a bigger outcome with us but we know that to get the right outcome the input has to be right,’ he said. ‘Most of the customers we talk to would feel very uncomfortable doing that on their own.’

NAH will still retain its panel of firms and will employ an independent auditor to show an equal amount of incoming inquiries are shared between those practices and its own business.

Atkinson added: ‘If I am a law firm would I feel comfortable I am getting the right quality [of cases]? We have to be whiter than white on that. Our own firm will appear in the queue.’