The nominees of this year's legal aid 'Oscars' have been announced, with the shortlist including the Belfast firm representing families of people killed in the 1974 Birmingham pub bombings.

Winners of the 15th Legal Aid Lawyer of the Year awards, which is organised by the Legal Aid Practitioners Group, will be announced in London on 5 July.

KRW Law is one of three nominees for legal aid firm/not-for-profit agency of the year, an award which is sponsored by the Law Society.

The firm was nominated by the Justice4the21 campaign. Julie Hambleton, whose sister was among the 21 killed in the bombings, said: 'This incredible law firm has provided the families still grieving the loss of their loved ones with the most professional and powerful legal representation.'

'The whole team has been available to us 24 hours a day, every day. They investigate any new information as it becomes available with a level of immediacy that would put many police forces to shame.' 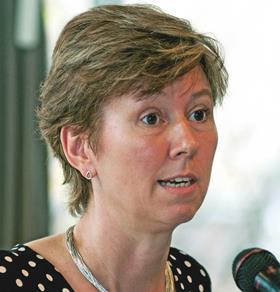 KRW Law has represented eight of the families of the victims pro bono since 2014.

Earlier this month the firm said it had been informed by the Legal Aid Agency that, following lobbying resulting in an amendment to the legal aid regulations, KRW has been offered a contract to continue to represent its clients. Additionally, financial eligibility limits for legal aid have been waived.

The firm said the contract was a 'complex legal document/specification' but it hopes to represent its clients at the next hearing in Birmingham on 31 May, which will address the scope of the inquests.

LAPG director Carol Storer said the calibre of this year's nominations was 'staggeringly high and a real reflection of the expertise, grit and compassion which characterises the legal aid sector'.

The categories and finalists are:

To be announced at the ceremony