New ‘gold standard’ procedures for identifying conveyancing clients remotely were unveiled by HM Land Registry this morning. The Digital Identity Standard will enable commercial companies to certify individuals’ identity to a level of security sufficient for property transactions. Conveyancers adopting such systems will also be exempt from 'recourse' claims from HMLR in the event of a fraud.

However HMLR officials admitted that the new identity checks will not be available until commercial products based on the standard are on the market, which may take months. They will also not work with individuals who do not hold an up-to-date UK passport or European national identity card.

The standard is published in the form of a practice guidance. It is based on a draft released last November as part of HMLR’s long-running programme to enable fully digital conveyancing. The biometric process requires an individual to prove their identity with a 'liveness test' in which a mobile phone app analyses their facial features and compares them with those in the microchip embedded in their passport. Unlike current matching systems the process cannot be fooled by fake images and will also cope with changes in hairstyle and eyewear, HMLR said. 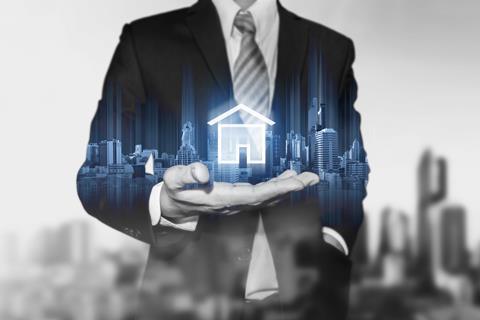 Among the changes from the draft standard is a process for dealing with corporate transactions.

Officials stressed that the system will not be mandatory. ‘We’re not expecting overnight adoption,’ Abbie Purslow, land registrar, told a webinar organised by ID assurance company ThirdFort, one of the half-dozen companies expected to offer compliant systems. 'We know everyone’s incredibly busy.' But she said a big advantage for conveyancers would be the ability to claim 'safe harbour' - firms that can show they followed compliant ID checks would not be liable to claims by HMLR against compensation paid out in the event of fraud.

The new process is likely to form part of the government-wide digital identity scheme being coordinated by the Department for Digital, Culture, Media & Sport. This is creating a national 'trust framework' of digital identities suitable for different purposes - including, potentially, proving Covid vaccination status.