Fears - or hopes - that artificial intelligence computer programs will replace human lawyers may be overly simplistic, according to one of the country’s top specialist teams of lawtech researchers. A report of a government-sponsored research programme predicts that AI will have a profound effect on the profession - but in a way that creates new types of roles for human lawyers.

The report, AI-assisted lawtech: its impact on law firms*, by a University of Oxford group, also calls for action by the government to enable access to data for training machine-learning systems.

The UK Research and Innovation-funded study aimed to identify how constraints on using AI in legal services can be safely relaxed to unlock its potential, and further improve the way the legal sector operates.

Currently, it points out, AI is not displacing human lawyers: systems such as contract analysis software take over tasks, not overall job responsibilities. This means that human lawyers have more capacity available for the tasks that cannot yet be automated. ‘At the same time human lawyers find themselves better able to focus their energies on the tasks - such as bespoke work and client interaction - for which they have competitive advantage,’ the report states. 'This augmentation of their productivity may itself stimulate demand for legal services.'

The research also found that: 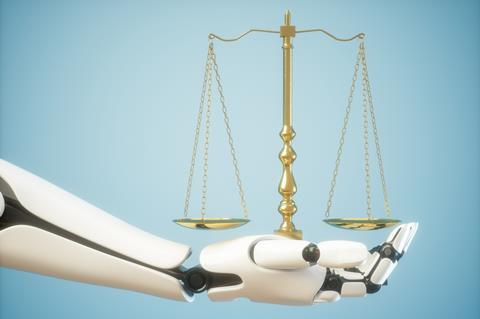 Half of lawyers are already using AI systems, the government-funded study found

Despite the upbeat tone, the report identifies a major barrier to further application of the technology: lack of access to data for training systems. 'A lack of availability of structured data constitutes a major barrier to AI deployments for law firms and other legal services providers,' it concludes. Much crucial data for training lawtech systems is owned by clients. 'Firms may find it useful to consider in what circumstances client data can be used to train AI models,' the report suggests. It also calls for the government to open up access to official data to commercial companies.

John Armour, professor of law and finance and project lead, said: 'What we are seeing is lawyers’ use of the technology to work more efficiently, and more collaboratively with other specialists. Perhaps the most significant uncertainty that surrounds the development and usage of AI-assisted lawtech is the issue of when client data can, and cannot, be used to aid the solution’s development.'