National firm Simpson Millar has completed its second acquisition in three months as it continues to implement a £50m investment plan.

The firm announced yesterday it has completed the purchase of north west firm JWK, which employs around 50 people in three offices in Lancaster, Morecambe and Southport. Simpson Millar now operates from 11 offices, having already acquired Liverpool practice EAD in September.

The firm has also revamped its website and corporate identity designed to provide clients with a simpler way to find the legal advice they need. 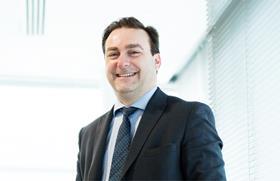 Greg Cox, chief executive of Simpson Millar, said: ‘This latest acquisition is part of our growth strategy to build the firm into a leading national law firm, and forms part of our commitment to expanding our presence across England and Wales.’

The growth strategy follows a review earlier this year completed by the firm’s owner Doorway and the management team at Simpson Millar. Doorway bought the firm from failed listed company Fairpoint in January and has pledged £50m to support expansion.

Cox said research undertaken as part of the review showed that most people in the UK still saw law firms as unfriendly and unapproachable, with no certainty about what the final outcome and costs would be.

He added: ‘We have looked hard at how people want to deal with their lawyers. There is a real need to ‘open up’ the law, making law firms more accessible and approachable. We believe our new identity promotes this. And, combined with a number of new initiatives planned for the early part of 2019 will see the firm begin to break down the barriers that exist.’