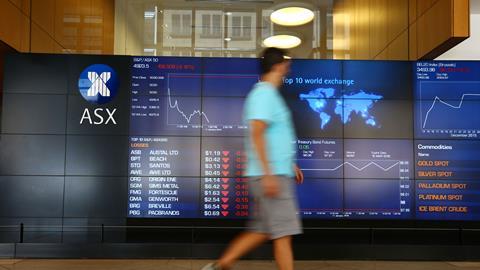 The value of embattled Australia-listed firm Slater and Gordon fell to another all-time low today as the market responded to financial concerns revealed yesterday.

Trading reopened on Monday following an announcement that the company lost around £492.5m in the final six months of 2015. That news prompted share values to drop from $A0.83 $A0.58.

As recently as last April, the company was trading at more than A$8 (£4) a share, before the acquisition of the professional services division of Quindell and subsequent profit falls.

A writedown of acquired Quindell assets accounted for much of the losses, but a further £38m was lost in Australia, and £19.5m lost in six months across the group’s other UK entities.

Lenders have given the company until the end of April to present a new plan for reorganising the business, with the likelihood that a number of offices in the UK will close. Currently the firm employs almost 4,000 people in England and Wales, operating from 20 sites.

No further detail has been released on plans for the UK business, although it is understood consultation on some redundancies will begin this week.

The Australian press has speculated that the company will need to take drastic steps to manage the crisis. The Sydney Morning Herald suggests that the firm will be under pressure to settle a swathe of cases in the next month to satisfy its lenders.

It has also been reported that managing director Andrew Grech offered his resignation to the Slater and Gordon board, but this was unanimously rejected.

It's going to be a tall order for a watered-down business to deliver the sort of results needed to revive the company. The idea that income from personal injury claims, at a time when the UK government has them firmly in its sights, will keep the lenders happy is optimistic. Read more

One of the firms considering a class action on behalf of shareholders in Slater and Gordon has said it is ‘almost certain’ that litigation will commence.

Andrew Watson, national head of class actions at Maurice Blackburn Lawyers, said: ‘The sheer size and scale of this writedown casts enormous doubt on the adequacy of disclosures made by Slater and Gordon in relation to the true value of the Quindell assets.’

Meanwhile, a rival firm announced today that a stalwart of one of the UK firms acquired by Slater and Gordon has taken up a partnership with it.

Rose Gibson, who had been with north-west firm Fentons since 1996 before it was amalgamated into the Slater and Gordon brand, has joined Simpson Millar as a partner in its specialist multi-track personal injury practice.

Gibson said: ‘Simpson Millar has the forward-thinking attitude, the track record and the experienced team that will allow me to keep doing the work I love.’