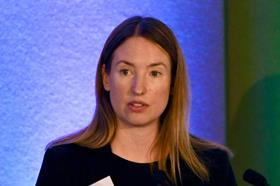 Among other provisions, the fifth directive widens the scope of 'obliged entities', sets out the circumstances under which customer due diligence may be carried out electronically and requires the reporting of discrepancies in records of beneficial owners. It also tightens rules around trusts and requires the UK to establish a central mechanism allowing the identification bank account holders and controllers.

A Treasury consultation on transposing the directive into UK law closed in July. However due to the general election and pressures on parliamentiary time, regulations are not expected to be laid much before 10 January.

Best told the Law Society's Anti-money Laundering and Financial Crime Conference yesterday that the new regime would include 'changes to how we approve beneficial owners, officers and managers'. From 10 January, she said, anyone applying to be a beneficial owner will need to have Disclosure Barring Service criminal check. 'We will be issuing guidance shortly. Make sure you're prepared to go out and get your checks done.'

She also told delegates that the SRA plans to set up its programme of checking firms' AML risk assessments. 'From next year we will begin a rolling programme, so you could have your risk assessment called in.'

New dangers include long-term infiltration by organised crime gangs and the risk that clients being 'passported in' from non regulated work will evade due diligence checks. She also suggested that many firms are not doing enough to address the risks posed by acting for poltically exposed persons (PEPs). While many firms tell the regulator they do not act for such clients, 'there are 39,000 PEPs in the UK so clearly someone is doing business with them. We expect firms to have a clear position,' she said. 'The regulations don't say you shouldn't act for PEPs but dealing with them you should take steps to mitigate the risk.'

'For most clients it's worth asking questions about the source of funds,' she added.