The proportion of UK litigants using the commercial courts continued to fall last year, according to an annual analysis published today. According to the English Commercial Court report, compiled for the fifth year by communications consultancy Portland, 121 cases were brought by UK litigants in 2016-17, amounting to 28% of the total. That was down from 144 in 2015-16.

Of foreign litigants, the largest number (25) were from Russia, which was second only to the UK in ranking by country of origin. Kazakhstan was in third place with India fourth and Switzerland fifth. It is India's first appearance in the top five. The number of EU litigants has stagnated, at just over 20%, down from 35% in 2012-13. 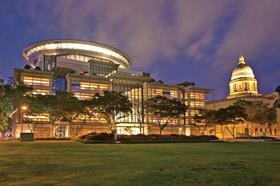 Philip Hall, head of Portland's disputes practice, said the figures show that 'for now, London has maintained its position as the global dispute resolution centre of choice for a growing number of international litigants'. However, he said that London faces stiff competition from the likes of Singapore and Dubai.

The pace of international competition among commercial courts has picked up this year with plans by France and the Netherlands to set up English language courts hearing cases under common law. One response has been the rebranding of the Commercial Court, the Technology and Construction Court and the courts of the Chancery Division under the name ‘Business and Property Courts’.