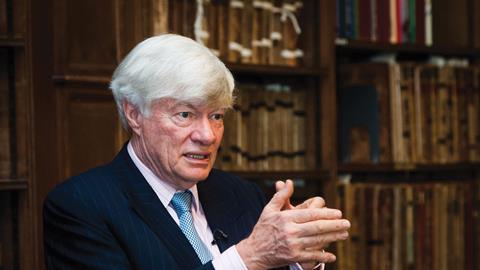 Book review: Maverick with many causes

Rather His Own Man: In Court with Tyrants, Tarts and Troublemakers

Someone should gently tell Geoffrey Robertson that, nowadays, he is The Fuzz. This may come as a shock to the one-time, long-haired legal rebel with a cause, who fought censorship in the trials of Oz, Deep Throat, Gay News, the Romans in Britain and Spycatcher; and took on a complacent and reactionary legal and political establishment in five decades of high-profile criminal cases. These classic tales and more feature in an understandably smug autobiography written at the twin turning points of the death of his parents and his own 70th year.

As you would expect from the co-author of Robertson & Nicol on Media Law – possibly the only standard legal text that anyone reads cover to cover for enjoyment – it is a rollicking read, with some laugh-out-loud lines: ‘the Old Bailey at times resembled a porno cinema palace…’. It is also a useful primer to some of the great legal arguments of our age, especially as Robertson has gone to the trouble, and no doubt expense, of providing 18 pages of endnotes and index. It is disconcerting, therefore, to spot the odd minor error: the Operation Julie drug bust was in the 1970s, not the 1980s, and Rubin ‘Hurricane’ Carter was sentenced to 30 years to life, not to death.

The chronicle of maverick Geoff Robertson’s transition into Geoffrey Robertson QC, judge, friend of the great and good and guest at Buckingham Palace, also displays some unattractive traits. We can forgive the relentless name-dropping as Robertson has some very good names to drop. What grates is the constant need to remind the reader that his is not as gilded a life as it might appear. Hence the denigration of a series of desirable London addresses as he moves up the property ladder: ‘a small two-bedroom bachelor flat’… ‘a borough at the bottom of the Monopoly board’… ‘a quiet, middle-class suburb… with some high rise-council housing’.

There is also a chip on his shoulder about sections of the British press which, apparently, ‘never allows me to forget my antipodean origins’. No doubt true, but Robertson himself has a tendency to bang on about the subject, not least in the first 80 pages of this book. And it is odd to find such a doughty campaigner against censorship in all forms showing sympathy for tighter regulation of the types of newspapers he dislikes, including putting a ‘right of reply’ into law.

Back in 1971, facing the ‘excruciatingly savage’ Judge Argyll, Robertson was a courageous voice taking on the establishment over the right to publish a cartoon of Rupert Bear with an erection. 'There was no “Je Suis Rupert” in those days’, he notes. (Indeed, looking at the offending edition of Oz through a 2018 lens, one wonders whether there would be today.) But the establishment has moved on, not least thanks to Robertson’s own efforts. As a result he can blithely sign off his chapter on free speech with: ’I do not get too worked up by university students “no platforming” speakers who have ample mainstream outlets for their provocations and, pace Voltaire, I no longer think it necessary to fight to the death for expressions I do not like (there are too many of them).’

Of course there are still causes that light the old Robertson fire but, with the possible exception of his sympathy for Julian Assange - ‘one of those gifted and mischievous eccentrics that society should learn to treat with a degree of toleration’ - they are hardly establishment-rockers. The return of the Parthenon sculptures, for example, will surely come to pass when we have a government secure and confident enough to handle the fallout, though admittedly this may be a long wait. Robertson’s experience of advocacy in death penalty cases before the Judicial Committee of the Privy Council has given him a healthy respect for that most establishment of bodies: ‘there is no longer a whiff of colonialism in its rulings’. His suggestion that it be funded through the UK’s overseas aid budget is surely pushing an open door with government.

And finally there is Brexit. You might think that such a globally minded champion of democracy and the common law would see an argument for parting company with a protectionist bloc founded by white men. But here of course Robertson is at one with the liberal establishment: ‘Brexit was an IQ test that citizens failed.’

‘We need a revival of the caustic humour of the late 1960s folk music to deal with the advent of Donald Trump,’ says Robertson. It doesn’t seem to occur to him that a more daring target for a genuinely caustic satirist might be Robertson himself.