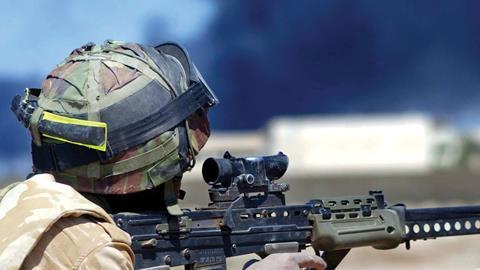 The expression ‘walking into a minefield’ is a phrase rooted in a military setting and understood throughout the English speaking world. For anyone faced with the minefield of the UK service justice system (SJS), there is only one book available to guide you to safety – and this is it.

This updated edition provides both the practitioner and the barrack-room lawyer with a clear explanation of why and how you arrived at your problem and where to find a route out of it. It contains vital extracts from relevant material and guidance.

Service law encompasses all the legislation of England and Wales, as well as the service disciplinary offences of a military life such as AWOL, dirty boots or late on parade. The SJS encompasses every aspect of service discipline from barrack life in Catterick or Colchester to a nuclear submarine at sea, or combat operations on land and in the air, as well as training at locations around the world. It even catches the family of the service person when living and serving overseas.

While a court martial trial is similar in type to that in a Crown court and is ECHR-compliant, the SJS also has summary hearings conducted within service bases or at sea, held by commanding officers or other subordinate commanders, which are non-compliant. The system also has a variety of non-criminal administrative sanctions which would equate to employment disciplinary hearings. Most incidents and offences are investigated by the service police forces of the army, navy and RAF under different codes of practice from civilian forces.

For the practitioner, the first problem with the SJS is that there is no central repository of service policy documents, regulations, the primary and extensive secondary legislation, or any index of where to look for any of this information. Anthony Paphiti’s book supplies this vital lifeline. No book could contain all the legislative and administrative material and regular updates, but this contains enough for daily practice and gives the reference location for the remainder.

This book sits by my desk and travels in my bag to court.

'No book could contain all the legislative and administrative material and regular updates, but this contains enough for daily practice and gives the reference location for the remainder. This book sits by my desk and travels in my bag to court'

Earlier this year, Major General Nick Welch was convicted at Bulford Military Court of fraud, for which he was sentenced to 21 months’ imprisonment. He was the most senior officer to face court martial since Lieutenant General Sir John Murray, who was convicted in 1815 for the offence of having abandoned 18 siege guns ‘without due cause’ in the Peninsula War.

While a practitioner is unlikely to need to know what amounts to ‘due cause’ for abandoning siege guns, there is nevertheless a host of commonly used service offences set out in this book of which any practitioner should be aware.

Anthony Paphiti is a former Brigadier of Prosecutions – that is the day-to-day head of the Army Prosecuting Authority – and he has provided an excellent handbook. While this book might be thought to be of benefit only to those who appear in a court martial, in fact its remit is much wider than that. Anyone working for those in military employment will find this to be a very clear and up-to-date guide to the system of military justice from minor administrative action at the lower end (known as JSP 833), to summary hearings carried out by a single officer, through to a comprehensive guide to the court martial process.

It is a unique feature of service life that service offences can include non-criminal conduct of a disciplinary nature which, at the more serious end, may be dealt with at a summary hearing by the commanding officer or may result in court martial. For employment practitioners, the guide to the disciplinary process is especially useful. Anyone involved in a personal injury claim concerning career projections will also find much of use in the book. Disciplinary matters can have an important impact upon career projections. Reduction of rank, for example, can occur as a result of disciplinary action which is likely to blow a hole in any extravagant claim built upon future promotions and length of service.

The section on victims and witnesses to crime is invaluable to anyone assisting with personal injury cases or wanting to raise a service complaint. Much unwanted conduct may well be contrary to the Armed Forces Act, for example conduct prejudicial to good order and discipline. It may be appropriate for the alleged perpetrators to be dealt with by way of administrative action or summary hearing. There is a small section on service enquiries and coroner inquests.

Civilians on or off a military base can also find themselves caught up in the military disciplinary or court martial process, and there is a useful section dealing with this.

As a firm, we often receive enquiries from service personnel who are going through a crisis who might be at risk of being absent without leave (AWOL). This can raise very difficult issues, not least because it can lead to the more serious offence of desertion, and, further, any civilian who ‘aids, counsels or procures’ commission of the offence will find themselves in difficulty.

A useful glossary is set out at the front of the book which will assist the practitioner navigating through the seemingly endless service acronyms. The book also contains a very helpful appendix setting out the key parts of the military justice system.

The Armed Forces Act 2006 covers the disciplinary systems of all three services and it is a self-contained and comprehensive code. Anyone who gives advice in this area must do so bearing this in mind, rather than trying to import concepts from other areas of the law. It is simply no use hoping that your knowledge of criminal and/or employment law, or what you think might be right, can be applied in a military context to enable you to muddle through. You will be doing your client a disservice.

Of course no one can carry all the relevant information and  procedures in their head and even the most seasoned practitioner will need regular reminders and to be aware of recent changes. That is what makes this book such a useful practical guide, as it sets out the law with simplicity and clarity in all the main areas you are likely to encounter, with clear explanations of the terminologies used and the military structures.

Jeremy Taylor is a consultant solicitor at Wace Morgan Solicitors, a member of Forces Law