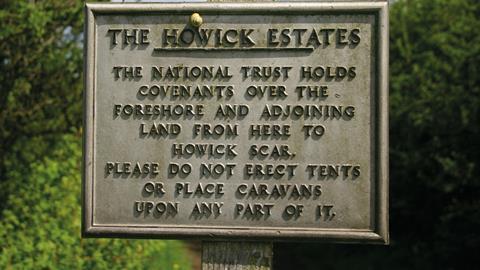 The lay of the land

This is a precision instrument of a book, covering all relevant aspects of the law on positive covenants, from a detailed look at the leading cases to current proposals for reform. In a couple of respects, the title is too restrictive: the topic covered includes positive obligations relating to land and not just those entered into by covenant (statutory obligations under the highways and environmental protection acts, for example), and the work also ventures into the territory of very long leaseholds as ‘virtual freeholds’.

Starting from a concise but rigorous examination of the leading cases of Tulk v Moxhay and Rhone v Stephens, the book considers the various ways in which the law and the courts have attempted to make positive obligations on land transmissible, including the benefit/burden principle, easements, rentcharges, manorial tenure and commonhold. The advantages and flaws of each method are weighed in the balance at the end of each chapter.

The practitioner’s needs are well served by chapters on transferability of burden and of benefit, how and when to enforce (and when enforcement is problematic), and how to draft effective positive covenants, including covenant chains, together with an extensive selection of precedents.

The central conundrum with positive covenants, as the author makes clear, is that they are vitally important to control interaction between freeholders. But they bring problems in their train: they seek to impose contractual obligations on persons who were not party to the original covenant, a concept about which the English courts remain unenthusiastic; and they can offend against the principle of free transfer of land in that they amount to a restriction on alienation.

For at least 800 years, as the impressive historical knowledge in this work demonstrates, English land law has threaded its way through this tension with a pragmatic approach, but the difficulty with pragmatism is its unpredictability. The author sets out a case now for extensive reform, which should in his view be based on the commonhold concept.

This is not a book for beginners, but it sets out with admirable clarity both why the current rules exist and how they operate in practice, and puts them in a clearly understandable historical context, while indicating how the system could be improved in the future.

An extremely useful addition to any conveyancer’s bookshelf.