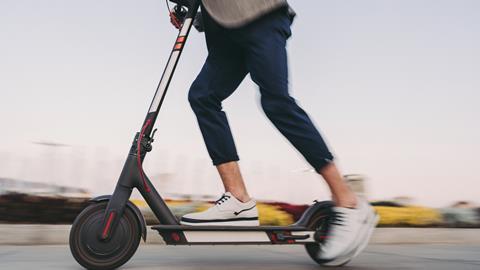 Today’s claim by the House of Commons Transport Committee that electric scooters should be legalised in the UK, backs up my previous assumptions that their introduction to our roads has been in the pipeline for a while. 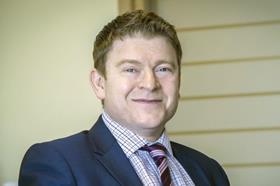 Prior to the pandemic, four 'future transport zones' including the East Midlands were earmarked for transport innovation to provide a cleaner alternative to motor vehicles. However, plans to introduce e-scooters onto Britain’s streets as part of this innovation have been fast tracked and opened to cities outside these zones as a way of quickly reducing numbers on public transport and facilitating social distancing.

The legislative changes to allow the legal introduction of e-scooters onto UK roads and cycle paths came into force on 4 July. Tees Valley, Milton Keynes Borough, Northamptonshire, and West Midlands all signed up to trial the use of rental electric scooters while a trial in Coventry was paused after only five days due to pedestrian safety concerns.

Private electric scooters are not allowed under the current trials, instead only rental e-scooters are permitted on roads and cycle paths in specific areas approved by the government. As with bicycles, there is no legal requirement to wear a helmet or carry a registration plate but, more in line with mopeds, users are required to have a driving licence.

Outside of the approved areas however, e-scooters are still illegal, and riders will be liable for a £300 fixed penalty with six points added to their driving licence if caught.

The new scheme has led to new responsibilities for the regions running the trials. If a bid is successful, local areas will have the power to monitor the number of electric scooters and where they can be used or parked. Emphasis is placed on ensuring the safety of pedestrians, particularly those with disabilities, to ensure the scooters do not become an obstruction.

Under the rental scheme, measures are in place to monitor and regulate their use by reference to the speed, size, and dimensions of the scooter. Rental companies have responsibilities in terms of use, training and insurance encouraging accountability for potential safety hazards, but it is not clear how similar measures will apply to individual users.

Inevitably there are a wide range of views on the introduction of e-scooters. On the one hand, environmentalists and cycle campaign groups see them as a cleaner alternative for short journeys. Others, such as the Parliamentary Advisory Council for Transport Safety, have questioned how safe the scooters are - for example, pointing to the small wheels which may be vulnerable to potholes and the absence of indicators. They also fear that the trials may open the floodgates for wider e-scooter use in the future, leading to hazards from discarded scooters on the road and pedestrians being at risk from collision.

The final announcement following the consultation process suggested greater emphasis has been placed on the UK's newfound enthusiasm for e-scooters rather than safety concerns. Originally there was talk of a maximum speed of 12.5 mph, with the scooters weighing up to 35kg excluding the rider, and a maximum motor power of 350 watts.

The final decision sees electric scooters able to achieve maximum speed of 15.5 mph, a weight up to 55kg and a motor power of 500 Watts. This, coupled with concerns as to whether the infrastructure is ready to accommodate e-scooters on our roads and cycle paths, will not allay the concerns for pedestrians and the users of e-scooters themselves.

The proposed purpose of the trials was to measure the risks of e-scooters against the potential benefits. However, it is difficult to see what information can be gleaned in such a short space of time, and when so few trials have been launched to date. It may suggest the decision had been made some time ago that e-scooters should be a regular feature on our roads.

I hope that during the continued trials, solutions for improving the road infrastructure and increased safety of all pedestrians will be taken into consideration before they are rolled out across the country.

Robert Dempsey is a senior associate at Roythornes Solicitors