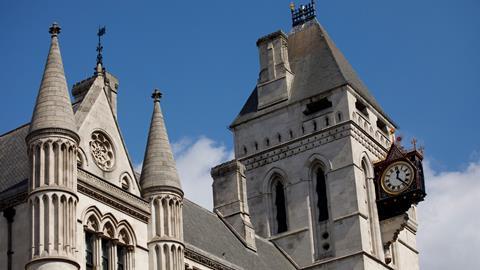 There are two general rules in commenting on a judge’s decision: don’t compare apples with oranges, and don’t try to go behind a reasoned judgment.

That being the case, I wouldn’t deign to criticise a deputy high court judge, for ruling in a case this week that a defendant who waited five months to make an application should be allowed another chance.

It would also be reductive to place this case directly next to a ruling from last week where a different judge threw out a claim which was effectively a day old. Different circumstances, different rules being applied.

But it is worth asking exactly what kind of message the courts end up being sent through judgments such as these? Is tardiness to be tolerated or not? Does the size of the claim mean tolerance is extended further (and conversely if a claim is worth so much why penalise those who have done things properly?), and why does it feel like so many decisions are sending conflicting signs to lawyers about getting their case in order?

Most lawyers I speak to would understand if the courts decide on a no tolerance policy for any lateness. It’s harsh, and the consequences brutal for those missing deadlines, but you know where you stand. But some decisions – inadvertently no doubt – make it seem like the deeper the pockets of litigants, and the greater the army of lawyers, the more the courts will take pity on those pleading for extra time.

The facts in Mountain Ash Portfolio Ltd v Vasilyev, where the court agreed to set aside a default judgment against the defendant, suggest the successful applicant had ‘got away with one’. Even the judge admitted that the victory – albeit one with conditions – was a ‘skin of the teeth’ case.

Not responding to the claim was explained away by the vagaries of serving on a defendant based in Russia who appeared not to have received the relevant documents.

But after default judgment was made, the defendant – backed by a team of partners and associates from Dentons – had limited time to make their case and apply to have it set aside. It seems unfathomable that they waited five months to make the application, a period which included 11 days where the necessary investigations seemed to have been completed.

Among the judge’s reasons for agreeing to more time, he said the claim needed time to be considered, it related to events going back to 2007, and there was no suggestion that setting aside the default judgment would prejudice the claimant. The ruling also stated that the default judgment was for a ‘very substantial amount’ – and £101m is, by any measure, a hefty sum. But a figure 10 or even 100 times less would still be substantial for someone. Is it only when we’re talking the equivalent of a lottery win that we give someone the benefit of the doubt?

A week before in R (on the application of The Good Law Project) v The Secretary of State for Health and Social Care, the Good Law Project lost its claim against the health secretary on the basis that it had emailed the wrong address and only rectified the problem a day after the deadline for submitting the claim form. This was characterised as a ‘careless mistake’ on the part of the lawyers by the judge rather than any conduct more serious. But rules were rules and the claim was set aside.

One decision was lenient, the other was harsh. Neither was necessarily wrong and both are fact sensitive, but together they send contradictory messages. Do the courts tolerate delays or not? Based on these cases, it’s difficult to tell either way.