More than three months have passed since the final act of Brexit. The consequences for lawyers are still being worked out. 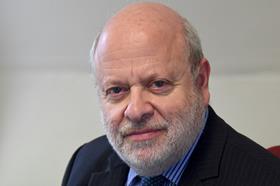 The EU-UK Trade and Cooperation Agreement (TCA) governs our relationship, but it has not yet been ratified by the European Parliament. If that is not finalised by the end of this month, the deal lapses, with serious consequences. The Parliament decided in March to postpone ratification after the UK published plans to extend grace periods unilaterally on post-Brexit customs checks at Northern Ireland’s ports for at least six months.

The current expectation, though, is that the European Parliament will ratify in time. In a reassuring sign, its foreign affairs and trade committees approved the EU-UK trade deal last week, with an overwhelming 108 votes in favour, 1 vote against and 4 abstentions.

As mentioned before, the TCA both privileges lawyers through a special section devoted to our cross-border practice, one of a very few services selected for this treatment, and then effectively removes that privilege through an annexed schedule which contains many exceptions to the general right to practice.

As a result, the Law Society has been busy in bilateral negotiations with numerous European bars to improve the practising rights of solicitors. It is also putting together a guide to post-Brexit EU mobility.

There have been some successes from this work already. For instance, the Law Society of Ireland has re-introduced a direct admission route for English and Welsh solicitors. But, in a continuation of the push-me pull-you progress on Brexit, uncertainty remains on the rights associated with an Irish qualification for those based outside of the Republic of Ireland, following the Law Society of Ireland’s announcement last November that it would stop issuing practising certificates to solicitors based abroad.

The transfer of data between the UK and the EU has always been seen as a significant hurdle for the future of UK data. There is good news here, too – which is not surprising considering the close alignment between the data protection measures governing the two parties, arising out of the UK having adopted the GDPR and not having departed from it since. The European Commission adopted a draft adequacy decision back in February, and the European Data Protection Board has since issued its mandatory opinion, which approves the adequacy decision but instructs the European Commission to keep a close eye on future divergences. The bridging mechanism in the TCA, which permits data to continue to flow between the parties until an adequacy decision is agreed, expires at the end of June, and the formalities on the new adequacy decision are expected to be finalised before then.

There is not such good news on the next issue of importance to solicitors, which is accession to the Lugano Convention. This provides for the recognition and enforcement of a wide range of civil and commercial judgments between the EU and EFTA states. The Law Society is campaigning hard for UK accession.

Until the UK accedes, recovery of assets or courts awards remains complicated and costly for the parties involved. The UK applied for accession in April of last year, and the non-EU EFTA countries have already signalled their willingness for the UK to join. But there is strong disagreement among EU member states and the European Commission.

It is the heads of national governments who will eventually decide in the Council of Ministers, and the line-up of countries looks familiar: the Nordic and Baltic countries with the Netherlands are in favour of UK accession, while France is strongly opposed, and Germany is sitting on the fence.

The fear on the UK side is that London’s place as a global legal centre could be affected if the UK were unable to join, with companies choosing to litigate elsewhere. Yet it is likely that the true victims will be ordinary consumers from both the UK and the EU who buy products across borders (since alternative treaties like the Hague Conventions of 2005 and 2019 on choice of courts and recognition of foreign judgements, and the 1958 New York Convention on the recognition and enforcement of foreign arbitral awards, will give some help to companies).

This issue, which is not a major one on the ongoing Brexit negotiators’ lists, will probably be settled by trade-offs: you give our representative in London ambassadorial status or whatever, and we can consider your Lugano accession.