Learning from failure: even unsuccessful legal innovations have payoffs

’Success is stumbling from failure to failure with no loss of enthusiasm’, said Winston Churchill, although not in the new film Darkest Hour. 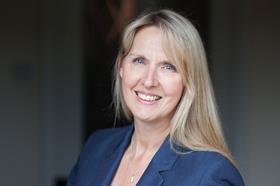 The legal profession has seen more than a few failures in recent years. Some were due to legacy problems, poor management and a failure to embrace change or heed an accountant’s warnings over cashflow. Other failures arose where brave souls sought to innovate, and their ambitions were not matched by finances or market demand. The comments section below the Law Society Gazette blog is awash with pundits forecasting disaster, recalling those ‘good old days’ and saying ‘I told you so’ when things go down the pan.

Thank goodness that some people do have the guts to put their neck on their line, risk their reputation and their financial security to develop new services and ways of working – or we might still be scratching away with a quill.

It is all too easy to dismiss whole projects as being a ‘bad idea’ when there were surely some successful elements and valuable lessons to be learned by other professionals. Pride and esteem is such an important consideration for members of the legal profession that there is a natural reluctance to admit to mistakes and therefore an opportunity may missed to learn from them.

Contrast this with the tech sector which has embraced the concept of ‘failing fast’ to encourage teams to try lots of experiments on the basis that while many will fail, some will work out well and lessons will be learned on the way.

One lawyer who has decided to put his pride to one side and share the lessons learnt from his failure is Mark Cohen, one of the founders of Clearspire – an innovative legal venture, which closed its doors in spring 2014.

Clearspire was one of the early ‘agile’ legal service providers in the US. The firm was founded in 2008 and, with a sophisticated technology platform, it aimed to provide legal advice and support services at the right level for the project in hand with clear statements of work and predictability of costs.

Cohen and his co-founder managed to get meetings with 300 of the Fortune 500 companies – so there was obviously something of interest in their business offering.

The failure of Clearspire was originally examined by a team of German academics as a case study in Legal Tech: Die Digitalisierung des Rechtsmarkts and Cohen has recently republished the chapter as a standalone paper, entitled The Clearspire Story.

It offers interesting lessons for anyone seeking to innovate in terms of:

Cohen concluded that ‘law was ready for incremental change, not a revolution’.

Hopefully a similar analysis might be published on some of the more recent failures in the UK legal sector, lessons learned, innovations refined and some darkest hours avoided.