The disclosure debacle – a defence response?

As Laurel and Hardy may have said to each other, this is ‘another fine mess’.

How has the disclosure debacle arisen?

It is perhaps first worth looking at the historical aspect of unused material. Before the implementation of the Criminal Procedure and Investigations Act in 1996, defence practitioners had what were known as ‘keys to the warehouse’. In other words, they could inspect all the unused material, unless it was deemed by a judge to be too sensitive to disclose. In those days the unused material was really in the hands of the senior investigating officer. 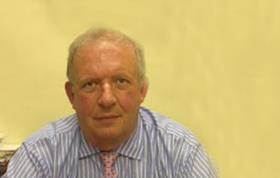 We then had a string of cases that came along where the disclosure of unused material led to wrongful convictions. One such example of this was the Marie Wilks M50 murder case. In that case the senior officer decided to withhold details of the fact that the principal identifying witness of the accused had in fact undergone hypnosis before making his identification and statement. Understandably, the Court of Appeal was not impressed by this and the conviction was overturned. As a result, the home secretary and his advisers clearly felt that they needed to take the decision-making of disclosure away from the senior investigating officer and provide a statutory test as set out in the CPIA. In short, ‘does the unused material assist the defence or undermine the prosecution?’. The politicians no doubt thought that by creating a separate disclosure officer this would provide some form of independent assessment of unused material, away from the disclosure team.

There was also, of course, the hidden benefit that if you limited disclosure it would be a cheaper process because the defence would not have to spend days going through the unused material. It imposed upon disclosure officers a legalistic test which was alien to an investigators culture, but more importantly one that they were ill-equipped to carry out. That test, however, had to be overseen in a limited fashion by the Crown Prosecution Service, who were expected to vet the disclosure schedule provided by the disclosure officer to decide whether items were disclosable or not. They were under no obligation to see the items for themselves and make that decision. They were allowed to rely upon purely the description. Therein lies another fallibility within the system. If the description is not good, how can a Crown prosecutor make an adequate assessment as to whether to disclose or not – for example, a description such as ‘yellow file found in front bedroom’ makes it impossible for the prosecution or defence to ascertain whether or not it may contain disclosable evidence, whereas if the description were ‘yellow file containing blank pieces of papers found in bedroom’, one can make a value assessment.

Therefore, the effectiveness of the CPIA is dependent upon the adequacy of the description and upon proper scrutiny by a Crown prosecutor. If he or she is unhappy with the description they should call for either a better description or ask to see the item. In the early days of the CPIA, in my experience, that tended to happen.

Fast forward to the current day and we have a situation whereby the CPS and the police have undergone cutbacks in resources of 30%, but you have to couple that with that the fact that we now live in the age of the smartphone which, of course, had never been envisaged in 1996. The current smartphone contains a vast amount of material. I have recently heard that the average smartphone will produce in excess of 50 million pages of material. If one officer is to examine that it would take in the region of 18-19 years to do so. It can, therefore, be said that in that respect the CPIA is no longer fit for purpose. There is just too much material for anyone to have to view.

All of the above would be bad enough, but if you couple with that with a complete change in the way investigations are now carried out – for example, we now see in most cases officers referring to complainants as victims. Police officers and investigators have a duty to firstly investigate whether a crime has been committed. If you start out by calling someone a victim you are changing the mindset of the investigation. You also change the mindset of the Crown prosecutor. We have seen infamous cases such as those that were commented upon by Sir Richard Henriques in his report into the Met Police investigation of the allegations made by the man called ‘Nick’.

They started from the premise that he was telling the truth. The allegations were never tested until obvious questions were raised that required further investigation. We have, therefore, in many respects arrived at the stage of the perfect storm. Too much material to be properly assessed, inability of police officers and Crown prosecutors to effectively carry out the test because of a lack of resources and, finally, the change of mindset.

It is clear, therefore, that there will no quick fix to this solution. We as defence practitioners can jump up and down and demand a more rigorous approach, but the elephant in the room is the lack of resources to enable that to happen. Some have suggested that we should revert back to the pre-CPIA rules of giving the defence the keys to the warehouse. The problem with that is that it just moves the problem from a prosecution problem to a defence one. We are no better equipped to handle the vast volume of material that is nowadays generated and, of course, we are not paid for looking at unused material. What then needs to be done to try and bring about a fairer system and avoid miscarriages of justice (some of which I am sure will probably have already occurred)?

Both Richard Atkinson, my co-chair of the Criminal Law Committee, and myself have been attending the National Disclosure Improvement Forum. We have lobbied for changes. Richard is very much in favour and for me it makes perfect sense that we should have a two-test disclosure.

For cases in the magistrates’ court we should have a ‘keys to the warehouse’ approach. This would avoid the prosecutor having to vet everything and the police having to appoint a disclosure officer (who invariably in those cases is the investigating officer) to decide what should or should not be supplied. Far better to say to the defence, ‘here have it all’.

The volume in those types of cases is not great. Currently, cases are getting to the stage of trial in the magistrates’ court where nothing has been done about disclosure or it is done on the morning of the trial starting. We must never forget that cases in the magistrates’ court, while not having the same impact on liberty as Crown court cases, can equally have the same impact on peoples’ futures – for example, the teacher, police officer or professional individual charged with a common assault, whether it be in the domestic context or in any other context. A conviction can be life changing.

The problem we face at the moment is that politicians are wound up in a web of legislation arising out of Brexit. The opportunity for any act of parliament to produce legislative change is almost non-existent, but certainly in both mine and Richard’s view it would make sense for this to be grappled with in the future, when the legislative gridlock becomes a little freer.

Our first proposal: disclosure in the magistrates’ court should revert to pre-CPIA rules. Other proposals that have been suggested include having an independent person almost outside of the police appointed as the disclosure officer. Personally, it does not seem to me that that would work. We have not seen a great deal of change since custody officers were created. While they are independent of the investigation they are still very much police officers supportive of the investigation, in the main, first and foremost. Undoubtedly disclosure in the magistrates’ court needs to be improved. It is currently in a woeful state and I suspect is leaning or contributing to a number of wrongful convictions.

What further needs to be done?

We need to adopt a more collegiate approach to disclosure. We need to recognise that this is a systemic problem that affects not only us, the police and the CPS, but more importantly those we represent.

I am pleased to say that I have seen a change and a recognition on behalf of the police of the need to be inclusive and I have recently been invited to undergo my audition for ‘Daniel in the lion’s den’ by speaking to hundreds of police officers in Wakefield and Manchester at the invitation of the College of Policing.

The police were keen to know what we wanted from them and I made it plain that we needed full descriptions of items on the disclosure schedule. I also suggested that in relation to the defendant’s mobile phone and computers, thought should be given to these being mirror-imaged and a copy of what is on those items to be disclosed to the defence. All too often these items are seized in the early part of the investigation and no work is undertaken on them.

It seems to me that there is a need for the police to be much more transparent about what they are doing with the unused material – for example, are they looking at mobile phones or computers? If not, then why not return them? The defendant then has a chance of having his or her memory jogged by the content on these items.

We need to embrace a process that relevant lines of enquiry in relation to unused material are identified. That may need to be done in some form of acknowledged ‘without prejudice’ way whereby we can identify to the police areas of enquiry that would be fruitful. If the police choose not to carry out those enquiries then they and the CPS would have to take the consequences. For example, examining any Facebook or social media interaction between the complainant and a corroborating witness. In addition to the above, both Richard and I have met with the attorney general’s representative, and with the former attorney general himself, to discuss the disclosure issues.

I am pleased to say that all parties are taking this seriously. As I said when discussing the matter with police officers, we are all seeking the same objective ‘to ensure that innocent people do not go to prison or suffer convictions’. The difference is that we approach it from a different angle.

Certainly, as far as the Criminal Law Committee are concerned we are very much engaged with this issue. If any practitioners have any suggestions as to how to improve the process please email me (ian.kelcey@kelceyandhall.co.uk) or Richard Atkinson (Atkinsonr@tuckerssolicitors.com), or contact our policy adviser at the Law Society, Janet Arkinstall (janet.arkinstall@lawsociety.org.uk).