Where are human rights in the UAE? 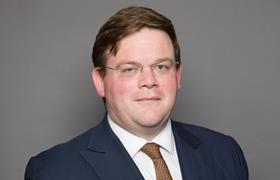 Human rights in states that the UK cooperates with are often ignored or glossed over and none more so than the United Arab Emirates (UAE). UK tourists love the UAE, and Dubai in particular. There is a lot to like -  shimmering state of the art hotels and scorching weather combine with great shopping and world class restaurants. Business between the UK and UAE booms. But behind the façade of respectability is a state whose stock in trade is terror, torture and repression. The human rights record of the UAE is nothing short of shocking.

In human rights terms it’s a closed book and repression of human rights defenders is the norm. Repression means arrest, arbitrary trial, imprisonment and torture. Resistance is met with chilling speed and efficiency. In March 2017 the leading human rights defender Ahmed Mansoor’s apartment in Ajman was stormed by police. He was arrested for ‘cybercrimes’ and accused of publishing ’false information that harms national unity and damages the country’s reputation’. The UN, Amnesty and Human Rights Watch have called for his release. He has been arbitrarily detained without trial – no lawyer in the UAE will take his case for fear of reprisals. No one has heard what has happened to him and he is detained in an unknown location. He has effectively disappeared. Campaigns for information and his release (if he is still alive) are from outside the UAE because to raise this issue in the UAE would put any human rights defender or lawyer in fear of serious reprisals.

Common torture methods used in the UAE according the UK charity Reprieve include: beatings, electric shocks, death threats, verbal abuse and sexual abuse – including rape and stress positions. In an extradition case I obtained information from the Foreign and Commonwealth Office that 43 UK nationals had complained of being tortured in the UAE in a five-year period, 19 specified that they had been beaten. That is just the tip of the iceberg. The UAE is a closed country, if they don’t arrest and torture NGOs and journalists then they eject them, making the abuses very difficult to investigate or to see the true depravity of conditions.

UK national Lee Brown was reportedly beaten whilst in custody in the UAE and later died from his injuries. The Dubai police maintained that the injuries were due to violent resistance and friction from the handcuffs. There is still a denial of the responsibility for his death by the authorities, although evidence from his cell mates stated that he left the cell to be interrogated in good health and returned later battered, bleeding and bruised.

The UAE employs a vast array of PR consultants and this can further muddy the picture – with sites like Wikipedia for example open for pro-UAE amends and tweaks.

This use of black PR in the modern world of internet fake news is not uncommon. Saudi Arabia has engaged significantly in PR recently to try and show the Saudi Crown Prince Mohammed bin Salman in a good light and to counter allegations of Saudi-ordered airstrikes against civilians in Yemen. In the face of protests on his arrival in London, trucks with positive messages about the Saudi leader were driven around the capital. The trucks showed his image and promoted the hashtag #WelcomeSaudiCrownPrince, while digital billboards stated – ’He is bringing change to Saudi Arabia’. In the internet age it seems to be imperative to some despot states to keep up appearances, so that they can join the table of international democracy.

In cases the UAE is notorious for abusing the Interpol system to request extradition on spurious grounds. Torture is the currency of the police and court system of the UAE, only lip service is paid to human rights. A veneer of respectability is given as immense wealth means that western governments do not look at the reality of what happens behind closed doors, where torture and cruelty are carried out with impunity.

Last week in Geneva, at a Human Rights Council side event I discussed the case of Dubai Princess Latifa, the daughter of Sheikh Mohammed who disappeared on 4 March. She had said she was fleeing the country to Oman but has not been heard from since. It is feared that she is being held in secret or has been killed. She posted a video in which she explained that she fled because she had been tortured for helping her sister escape.

The UAE has also been accused of having secret prisons inside Yemen and being complicit in gross human rights violations in Yemen. Rumours that the UAE sends its own citizens to secret prisons to be tortured and abused are truly horrifying.

The UAE talks about international law in order to be part of the international community, yet does not abide by any international rules applied by that community, especially those related to human rights. It is a signatory to the Convention Against Torture as of 2014 but has declared a reservation to that by stating that any sanction made by law is not torture (corporal punishment, and the death penalty for instance).  The real issue is that torture is a way of life and a fundamental tenant of the criminal justice system, used to extract confessions and convict detainees. That torture and confession process is the visible aspects, we can only hazard a guess at what hideous medieval practices and treatment are meted out to the kidnapped, rendered and disappeared.