Will there be a worse access to justice crisis?

Slowly some of the potential consequences for legal services are emerging from the fog of our current crisis. Here is one major and one minor one. 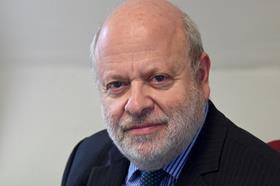 The major consequence was highlighted in a letter written last week by the Council of Bars and Law Societies of Europe (CCBE) to the President of the European Commission about the impact of the crisis on European legal services.

Much of it dealt with topics with which we are familiar – the running of courts during lockdown, and respect for fundamental rights.

(For those interested, the CCBE has also released data on how some member states have dealt with these and other issues during the current crisis, which gives an interesting comparative overview of the European legal profession under lockdown.

But the CCBE letter particularly mentioned that ‘although lawyers are suffering the full brunt of the economic constraints imposed by the health crisis, they are largely excluded from many mechanisms and aid schemes envisaged by the national governments’. It went on to say this about those lawyers and law firms whose businesses might not survive the economic shock:

‘Their disappearance would have a lasting critical effect on the rule of law beyond the period of the state of health emergency.’

The Law Society is moving heaven and earth to ensure that financial help is available to solicitors. Those not familiar with the broad and deep scope of its work should visit its dedicated coronavirus webpage.

For instance, at the end of last week, it produced a business continuity toolkit, with, among other things, top tips for firms to preserve their cashflow, video-insight from managing partners and senior leaders on how to weather the storm, and guidance on the various government schemes available.

But perhaps it is also time to think the unthinkable, and consider the ghastly consequences on the administration of justice and rule of law in England and Wales if there were to be a significant drop in the number of legal outlets available for citizens in the new world into which we will all eventually be released. That would be a severe setback for citizens, the profession and the courts, and for the Law Society and the SRA.

It would be the worst access-to-justice crisis we have known, dwarfing the severities of the current legal aid deserts. There is obviously going to be plenty of legal need after we emerge from the crisis, but potential clients may not be able to pay for it, and law firms might not have survived to provide it. The legal need might also be in areas of the law different to the expertise of the lawyers whose firms have gone under.

The professional bodies and the government should not only be working flat out to help law firms survive, as is happening now, and which is obviously crucially important. They should also be considering and planning for a likely future landscape, if it is likely to be different to what we knew before.

The minor consequence of the crisis came from an under-reported news story last week, that the UK-US trade talks for a post-Brexit trade deal have been indefinitely postponed.

They were due to begin on 23 March, but there is now no new date set, despite political will on both sides. The aim continues to be to finalise the negotiations while the US Brexiteer-in-chief is still US president, with the presidential election about 200 days away (November 3 2020).

The concern is that both governments will have so much on their plate in the coming months with the dual health and economic crisis that there might not be sufficient bandwidth to deal with a trade negotiation like this. If it is undertaken, it is likely to lead to a shallower outcome undertaken through virtual communications.

All this is of interest to lawyers because when the Department for International Trade launched its negotiating objectives for the talks at the beginning of last month, lawyers were specifically mentioned as being ‘among the British industries expected to be the biggest winners from tariff free access to the US market’.

All this makes one wonder about the state of the Brexit talks, where lawyers also have much at stake.

The latest news is that the next formal round of talks will begin on 20 April via video link. Ahead of it, the UK is expected to table new draft texts, including on criminal justice cooperation.

Many in the EU see an extension of the transitional period as inevitable, for the same reasons as given above for the UK-US talks, but are not agitating for it, and are working towards our government’s current timetable.

In the days ahead, the outline of the future of legal services will grow clearer, but not necessarily better.