Witness statements – rip them up and start again?

A working party of the Business and Property Courts (‘B&PC’) (the Chancery Division, the Commercial Court and the Technology and Construction Court), led by Mr Justice Popplewell, is reviewing the rules on witness statements, including whether the rules should be changed and, if so, how. A survey prepared by the working group has been sent to B&PC users, and was due to close for responses on 23 November 2018.

The review reflects concerns that judges have expressed for several years about bad practice in the production of witness statements. The concerns have centred on unnecessary material being included in witness statements and on the excessive cost of their preparation. Back in 2009, Lord Justice Jackson, in his Preliminary Report on Civil Litigation Costs, wrote that what often appeared to happen was that a witness statement repeated what was already in the documents, and ended up being ’a carefully crafted court document more akin to submissions than the story of a lay person’. 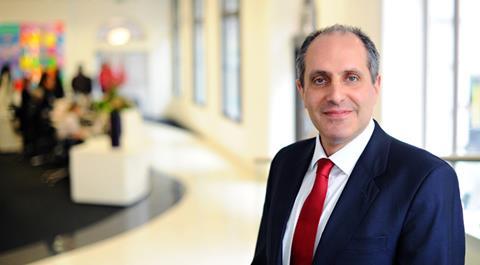 In JD Wetherspoon plc v Harris and others [2013] EWHC 1088 (Ch), Sir Terence Etherton, the Chancellor of the High Court, stated that the vast majority of a witness statement served by certain of the defendants contained a recitation of facts based on the documents, commentary on those documents, argument, submissions and expressions of opinion; in all those respects the witness statement was an abuse.

Shortly after, in Renaissance Capital Ltd v African Minerals Ltd [2014] EWHC 004 (Comm), Field J considered: ’There has been an increasing trend in Commercial Court trials for factual witness statements to get longer and longer and to indulge in speculation, advocacy and submissions rather than relate concisely what the witness did or heard or observed…This trend to produce over lengthy and argumentative witness statements must stop.’

A point made by Mr Justice Leggatt in another Commercial Court case, Gestmin v Credit Suisse [2014] EWHC 2004 (Comm), was that the production of witness statements could interfere with a witness’s memory. A witness is often asked to make a statement long after the relevant events. The statement is usually drafted by a lawyer conscious of the significance for the issues in the case of what the witness does or does not say. The statement goes through several iterations, and before trial the witness is asked to review the statement again, together with relevant documents. The effect is to establish the contents of the statement in the mind of the witness, whether they be true or false, and to cause their memory to be based on the statement and the documents, and later interpretations of that material, rather than the original experience of the events.

The Commercial Court users’ group, which discussed the possibility of reform at its meeting in March 2018, recognised that the court already has powers to control witness evidence. Under Part 32.2 of the Civil Procedure Rules, the court may identify or limit the issues to which factual evidence may be directed, and limit the length of witness statements. The Commercial Court Guide emphasises that unless the court directs otherwise, witness statements should be no more than 30 pages long. The Chancery Guide states that it is not the function of a witness statement to provide a commentary on the documents in the trial bundle.

If the system is to be reformed, the most radical alternative would be to abolish witness statements and any other form of prepared written evidence (e.g. witness summaries) altogether, and revert to the old system of examination-in-chief as the means of eliciting factual evidence at trial. Given the major disadvantages of trial by ambush, such a step appears unlikely. A more probable goal will be to retain some element of evidence in writing, so that the parties remain obliged to present at least the core of their factual witness evidence before trial, but to control more tightly both the length of such evidence and the issues to which it relates. There may be encouragement for a greater role for examination-in- chief, perhaps limited by reference to specific issues (e.g. the recollection of a key meeting).

A more controlled and nuanced regime would place a greater burden on the court in terms of case management, and on the parties in terms of their analysis of the evidence their case requires and what they expect from their opponents. The case management conference would appear to be the obvious stage at which to identify and deal with evidential issues, possibly supplemented by further consideration at the pre-trial review. That will be among the issues for debate and, as with the forthcoming disclosure pilot in the B&PC, the willingness of the courts to grasp the nettle of reviewing an established area of the law is to be welcomed.