Banking disputes: time for a tribunal

The Financial Conduct Authority (FCA) did a couple of things that upset people in the wake of the 2008 financial crisis.

First, it set up ‘bespoke mass redress schemes’ to compensate businesses and individuals who had been mis-sold financial products – but also made the banks judges, juries and executioners in their own cause. The swaps redress scheme – the most controversial – was judicially reviewed and closed in 2015.

Second, the FCA scheduled a review of banking culture and then chose New Year’s Eve 2016 to bury the bad news that they were cancelling it and would not put anything else in its place.

To many people, it appeared as if the industry was regulating the regulator. MPs debated a vote of no confidence in the FCA on the floor of the House of Commons on 1 February 2016 as its new chief executive Andrew Bailey looked on. 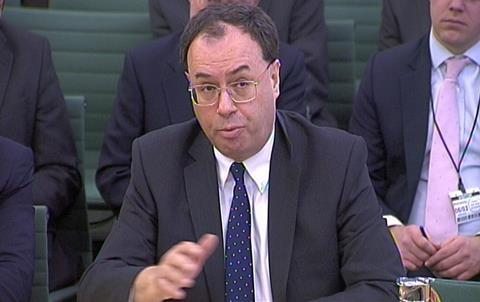 This author had also been looking on and wondering whether there was a single solution to both of the FCA’s problems. A few days before the debate, I published an opinion piece in the Financial Times suggesting the redress schemes be replaced by a permanent tribunal modelled on the employment tribunals (ETs).

When ETs were established in the 1960s, they moved employment culture from the world of the common law courts – which still used the language of ‘master and servant’ – to the world of fairness and non-discrimination. The law moved culture because, for the first time, a forum was created where, for example, a woman could complain publicly that her boss had groped her at the office party. Before then, she had to just put up with it or leave.

Mr Bailey liked the idea. He went before the Treasury Select Committee on 20 July and 9 November 2016 to explain that the FCA is a supervisory and regulatory body and, in his view, it was a mistake for the regulator to have got involved with dispute resolution at all. He accepted that the mass redress schemes were inadequate because (in this lawyer’s words) they offended principles of natural justice and (in his words) denied complainants a sense of their ‘day in court’.

He also made the pragmatic point that the FCA was making a lot of work for itself by creating a new mass redress scheme every time a problem came along. He continued: ‘We discussed this on the board a number of times. Were there to be a mechanism that could substitute for these – let us loosely call it a tribunal, for the sake of argument – rather like the ombudsman but for more complex cases, because corporate cases often are more complex, this would be a big step forward … I am very sympathetic to the people involved, so we have to do it.’

I then expanded on the idea in a series of three articles in the Capital Markets Law Journal. Rather to my astonishment, to date there have been 2,700 downloads and 1,000 related blog hits. The first of them inspired an All Party Parliamentary Group (APPG) on Fair Business Banking to be formed out of two previous APPGs, and this promptly launched an inquiry into the idea. The group pulled off the coup of recruiting Lord Dyson to the board of inquiry. The APPG has come out in support of a tribunal and has driven two debates in the House of Commons on the idea: on 15 December 2016 and 18 January this year. Parliamentary and media support for a tribunal continues to grow.

On 22 January, the FCA issued a consultation paper on expanding the jurisdiction of the Financial Ombudsman Service (FOS) so it can deal with the complaints of small businesses as effectively as it deals with individuals’ complaints.

Suspicious minds might see the hand of the Treasury or the industry on Mr Bailey’s shoulder, guiding him away from the troublesome idea of creating a tribunal. More confident minds might view it as a positive step which complements the creation of the tribunal Mr Bailey envisaged; the latter would also observe that ETs and the Advisory Conciliation and Arbitration Service (Acas) work together to decide those cases which need a decision according to law and to settle disputes which do not. They grasp that it is the availability of both ETs and Acas to complainants which makes employment law both effective and efficient. They conclude that any financial services tribunal would need an expanded FOS for the same reason.

So which camp is right? The starting point of our inquiry must be the justification both for a tribunal and for FOS: the English common law courts, excellent as they undoubtedly are at the resolution of large, wholesale financial markets disputes, are poor at the resolution of retail or commercial banking disputes. They are too slow and expensive to allow even a substantial business to sue a bank and the procedures they operate under do not take account of the enormous imbalance of information, experience and resources between disputant banks and real-economy counterparties. In particular, the loser-pays rule suppresses demand among businesses for dispute resolution with their banks. Too many businesses have to walk away rather than fight, not because of poor merits but they cannot justify betting the company.

What, then, are the benefits of establishing a tribunal to address this problem of asymmetry between the parties? We do not need to speculate. There is a well-established and well-respected tribunals system, now run under the Courts, Tribunals and Enforcement Act 2007.

The tribunals established under that act are the dispute resolution forum of choice wherever there is significant asymmetry between the parties. They afford citizens a forum: to challenge the state on decisions about tax or social security; for a tenant to challenge a landlord; for an employee to challenge an employer; or for a business to challenge anticompetitive behaviour of an incumbent abusing a dominant position.

Tribunals have four characteristics which permit them to perform this function. They are:

1. Swift, because the rules are simple and tailored for speed;

2. Inexpensive, as a result of:

a) focusing rules of procedure on lowering costs and in particular by modifying the loser pays rule; and

b) by introducing an inquisitorial element to assist those who cannot afford legal representation;

3. Expert, as judges are drawn from senior members of the specialist bar and wing members from the representatives of the supply and demand sides of the relevant market; and

4. Authoritative, as they produce high-quality, publicly reasoned judgments subject to appeal which explain how law applies in practice.

The power of tribunals to change culture is the consequence of their power to clarify and create law through holding public hearings and writing high-quality, reasoned judgments which explain to the public how the law works in practice. The testimony before the new ETs of women who had been sexually harassed in the workplace was reported in the press, to the shame of those who abused their position. Power shifted towards women. The oxygen of publicity in a judicial forum changed employment culture like nothing else could. Anxious HR departments studied the judgments from the higher courts on sexual and racial discrimination to update their internal guidance. Employees did not dare ignore it.

What, then, of FOS? What does it offer? It is a true ADR forum; its principal function is to facilitate settlements. A small percentage of its cases proceed to what is called a ‘determination’, in which an ombudsman decides what is ‘fair and reasonable’ and, at the option of the complainant, can make a binding award of up to £150,000.

But FOS differs from tribunals primarily in characteristics 3 and 4: it is not served by a specialised bar and bench and it does not clarify or create law. In fact, it is not required to apply the law at all. Most of its work is confidential and the small number of brief public determinations cannot drive legal and cultural developments as effectively as the comprehensive case law of courts and tribunals

It is no criticism of FOS that it is an ADR forum and not what I have called a ‘primary dispute resolution forum’, which decides cases according to the law. It does its ADR work very well indeed. The FCA now wishes to expand its jurisdiction beyond individuals and ‘micro-enterprises’ by introducing a new category of eligible complainants: ‘small enterprises’. The detail of these categorisations need not concern us here, but, in my view, FOS’s expansion is to be warmly welcomed and enthusiastically supported. The greater the ADR services available to a greater number of complainants in financial services disputes, the better served is the public interest.

But expansion of FOS’s ADR services is but one half of the required solution; a structural deficit in access to justice remains. This is not FOS’s fault (although those in it and connected with FOS have interpreted my writing as finding fault with it, for which I am, no doubt, to be criticised). On the contrary, the fault is with the primary forum of dispute resolution – the courts – to which FOS’s ADR service is an alternative. The courts must be within reach of businesses with claims against banks for the justice system as a whole to work. The suggestion of a tribunal is the solution to the problem with the other half of the justice system: the courts, not FOS.

After 20 years at the bar, I do not know how many times I have been asked how I can sleep at night for defending rapists in court. The answer is always the same: I believe the justice system takes better decisions than I am able to take alone. But when the public decides that – even though everyone is doing their job – the system produces unacceptable outcomes, then the system has to change. The public felt that in employment disputes in the 1960s. It has recently felt that in rape cases. Each for a different reason, complainants were felt to be denied proper access to a primary forum of justice. The public now feels it in banking cases.

But do not take it from me. I will let the words of Lord Reed, sitting in the Supreme Court, speak for me, when he was obliged to produce a primer on access to justice for a non-lawyer lord chancellor who decided to price employees out of the primary dispute resolution forum of ETs: ‘Every day in the courts and tribunals of this country, the names of people who brought cases in the past live on as shorthand for the legal rules and principles which their cases established. Their cases form the basis of the advice given to those whose cases are now before the courts, or who need to be advised as to the basis on which their claim might fairly be settled, or who need to be advised that their case is hopeless…

‘People and businesses need to know, on the one hand, that they will be able to enforce their rights if they have to do so, and, on the other hand, that if they fail to meet their obligations, there is likely to be a remedy against them. It is that knowledge which underpins everyday economic and social relations…

‘When parliament passes laws creating employment rights, for example… it has decided that it is in the public interest that those rights should be given effect. It does not envisage that every case of a breach of those rights will result in a claim before an ET. But the possibility of claims being brought by employees whose rights are infringed must exist, if employment relationships are to be based on respect for those rights… [N]egotiation or mediation… can only work fairly and properly if they are backed up by the knowledge on both sides that a fair and just system of adjudication will be available if they fail. Otherwise, the party in the stronger bargaining position will always prevail.’

Richard Samuel is a commercial barrister at 3 Hare Court, London