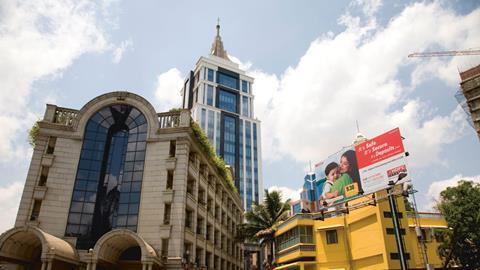 Full or partial outsourcing of an organisation’s legal activity could be the next stage in the transformation of in-house departments, writes Robin Saphra.

One morning I bumped into my former CEO in the lift. Between the ground and sixth floors, he asked me why I hadn’t built any legal capability in our Indian back office, which he created several years ago.

I told him that I needed English-qualified lawyers to do English legal work and that I had no need of legal process outsourcing (LPO). As he stepped out of the lift, clearly unimpressed, I should have known that my views on legal resourcing were about to change.

Law was my second career. I chose it not only because it interested me but also because it felt like a reasonably secure and predictable place to be. That was my first mistake. In 1992 I joined a cohort of 60,000 practising solicitors, a population which has more than doubled since I qualified.

The transformation of in-house legal practice is contextualised by three trends. The first is that, today, a general counsel will not survive if they fail to focus on cost. Even organisations previously impervious to cost control have been rewriting legal budgets. In-house counsel have focused on reducing external spend with law firms and substituting that lost capability with larger internal teams. My own in-house team trebled in size between 2008 and 2011 and my external expenditure more than halved.

The second trend is an increasing demand for efficiency, delivered through improved process and systems. Our training as lawyers was – and largely still is – focused on an artisan-like approach to law. Lawyers are trained to craft their work carefully and deliberately, beginning with the initial legal analysis and concluding with engrossing the final document. We are taught to believe that this is not only the basis of quality control but also the route to client satisfaction.

How wrong our teachers were. Clients pay an expensive hourly rate for both highly specialist and low-value administrative activity. Eventually that bubble burst and clients are already voting with their feet. Legal services are becoming more industrialised. Legal work has been deconstructed so that if it does not require legally qualified resources it is reduced to a process and can be delivered at lower cost by paralegal staff offshore or near-shore, using IT systems to manage workflow, databases or document assembly systems.

The third trend is changing personal working preferences. Traditionally, lawyers could practise only if they were prepared to work full-time and long hours. Many of us now understand that this leads to stress, unhappiness and even premature death. Virtual work environments have allowed for more flexible lifestyles and active childcare, and an increase in the number of people who can return to work or work flexible hours.

Legal services can be delivered seamlessly and more responsively across time zones. Teams are more diverse – for example, almost 60% of in-house lawyers today are women – and this improves quality, collaboration, teamwork and problem-solving capacity. A large proportion of candidates for such roles come from law firms that are unable to meet their development aspirations, let alone their desire for an acceptable quality of life.

A few weeks after my disastrous elevator pitch, I started asking myself questions. More than two-thirds of our work related to commercial contracts. What if we employed qualified lawyers in India to draft and negotiate our sales and procurement contracts? What if we equipped them with playbooks to familiarise them with our preferred responses to the most frequently negotiated terms? What efficiencies could I deliver to my organisation?

I began with a small trial, hiring three members in Bangalore (pictured). They started working on simpler agreements, such as non-disclosure agreements and wayleaves. We invested in training, site visits and supervision, discovering that their capacity and enthusiasm for work could not be constrained. Soon they were working on complex sales and procurement contracts and, within months, an esoteric corporate action, undertaking tasks that saved us £250,000 on external legal costs for a single transaction. The team paid for itself three times over within six months.

Within two years, the Indian team expanded to a second centre in Gurgaon; they grew to comprise 25% of the team. They are completely integrated into the global legal function and cover a broad range of transactions and activities. They lead enthusiastically on initiatives to improve efficiency. For example, they set up a SharePoint-based system, creating a shared space for internal clients and lawyers to collaborate and communicate in real-time. This significantly improved transaction cycle time, as well as delivering real-time status visibility and reducing wastage on enquiries and escalations.

With their input, we also delivered better commercial outcomes. One particularly memorable insight into the commercial capabilities of the India-based team came during a shopping expedition in Bangalore with the team. I wanted to buy souvenirs for my family and one member of the team insisted on negotiating the prices on my behalf, quickly saving me 95% on the asking prices. After that I made sure that our Indian lawyers were involved in procurement price negotiations!

I was on a roll and my external law firms came within my sights. My organisation operated in 15 countries with an average of one lawyer employed and nine law firms per country – in some countries as many as 12 firms. We discovered that no law firm billed us more than £50,000 and many considerably less. Clearly this gave us no negotiating leverage and in many firms we did not even know who our relationship partner was. Yet we kept sending work to them and they, unsurprisingly, kept doing it.

What if we ruptured this model? Would it be possible to engage just one firm to do most of our work? I took the risky step of inviting most of our firms to a conference in a very economic venue in London’s East End. All but one firm turned up. I spent the day updating them on our business plans and sharing a vision of a new legal service model: a single firm per country working closely with us and each other under a fixed price ‘all you can eat’ arrangement, covering a defined scope of work (basically all our external legal requirements, excluding litigation and mergers and acquisitions). There was a great deal of debate and quite a lot of disbelief, which I took as a sign that I had stirred up something good.

Two weeks later I launched a request for proposal to all the firms who attended. I was specific on some requirements (fixed fees) and open on others (geographic coverage). Around two-thirds of them responded. A few said they liked my model but it was beyond their capability or imagination to deliver against it. I appreciated that honesty.

I narrowed the contenders down and eventually chose a global firm, which offered us coverage in almost every country where we operated (delivering those countries where they did not have offices through a seamless ‘subcontract’) at a single annual price, with built-in commercial incentives for efficiency and quality. This arrangement enabled a 60% reduction in my external costs and delivered significant additional benefits – including training, secondments and a knowledge of our business that is second to none. This in turn resulted in greater efficiency and very focused advice.

The internal transformation that this model prompted, however, took me by surprise. My in-house team was liberated to instruct our lawyers whenever they needed support without administrative or financial constraint. They were empowered and motivated, and this improved the speed and quality of legal advice. The firm was  incentivised to build an intimate knowledge of our business and to be efficient in delivering advice.

The relationship has delivered tangible value. Not only did total cost come down because we were all working more efficiently, but also the firm profited by being in a preferred, but not exclusive, position to obtain instructions on work outside the scope of the fixed arrangement. It was truly win-win.

Setting up our team in India and creating a new model for a law firm relationship enabled me to deliver a materially superior legal service to my organisation at roughly half the previous cost. My total legal cost came to 0.4% of revenue, which for a regulated non-consumer business in a mature market made me very proud.

Beyond increased efficiency and labour arbitrage, there is more to do. GCs have become competent managers and business leaders, and many are running small internal law firms within their companies. In-house lawyers have a more positive image than 10 or 20 years ago. Industry is a good place to train and often a better place to work, and GCs who have taken the sort of steps described above have added more value than they thought possible.

Despite this, law departments are still not a business priority. A business would still rather invest in revenue-generating activity than in legal. In all but a few cases, legal is unlikely to be valued as a core competence. Rather, it is a cost centre to be managed.

The next step will be a full or partial outsourcing of an organisation’s legal activity. This is not to say one should return to the beginning, with small internal legal departments and expensive external law firms. Rather, there is now demand for a new breed of legal service provider who will utilise scale, technology, wage arbitrage, and up-to-date management capability to provide an outsourced service for certain legal work to be done more effectively outside than in.

Of course the demand will vary from firm to firm but the principle is the same: each step associated with many core legal activities can be codified and managed through an outsourced team of lawyers leveraging the scale of an outsourcer. In this world, the principal application running on the lawyer’s screen will become a customer relationship management (CRM) or ticketing system that manages the workflow, providing a real-time environment for legal service managers to collaborate on projects and constantly providing stakeholders with real-time management information.

This vision requires process and systems – investments which organisations have been reluctant to make in their legal teams, which is where the legal service outsourcer has the greatest opportunity to invest.

Will law firms deliver this? Innovation, marketing and delivery of these services require investment – typically not a popular topic in a partnership with a weak capital structure. However, new service providers have access to external capital and, unlike law firms, are unconcerned about cannibalisation of existing revenue streams. It is questionable whether a law firm will play in this space – private equity is much more likely to see the opportunity and to invest.

In the near future organisations will see the wisdom in outsourcing a significant part of their legal requirements to legal service outsourcers. In-house departments will shrink to comprise only a GC and a few internal lawyers who have the core competencies to facilitate the delivery of the service and participate in their internal client management teams.

They will be released from the need to seek internal investment approval for basic capabilities such as document management, contract storage, matter management or law firm management. In the world of legal service outsourcing, charges will be output-based rather than input-based – to reward efficiency and quality. Value will be measured by the outcome delivered, rather than the time spent or even the weight of the paper.

Robin Saphra was group general counsel at Colt from 2005 to 2015. He is now CEO of legal services outsourcer, Lawfactory