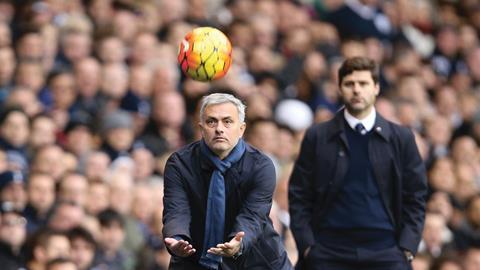 A recent Peppermint Technology report found that law firms were lagging behind other industries when it came to innovation. Yet innovation is seen as the transformational differentiating factor in legal services provision. What does this mean for IT leadership in law firms?

Richard Hodkinson, chief technology officer at DWF, suggests that law firm IT leaders (increasingly with job titles that feature innovation and digital transformation) can be classified into ‘football manager’ and ‘business owner’. The ‘football manager’ chief information officer (CIO) is akin to José Mourinho (pictured), dubbed the ‘special one’ for his tactical, results-focused management style. This type of leader is accustomed to driving transformational change that gets dramatic results, but the process can be traumatic and s/he tends to move on once the firm settles down into its transformed state.

The ‘business owner’ CIO is a partner in the firm, occupying a long-term management role with a strong political element, where change is about leading the firm on a journey.

Chris Bull, executive director at consultancy Kingsmead Square, whose career includes stints as chief operating officer (COO) at Osborne Clarke and at legal process outsourcer (LPO) Integreon, refers to ‘impact executives’ who are brought in to lead dramatic transformational change – versus ‘lifers’ whose partnership position indicates stability and credibility, but who may find significant change more challenging. ‘It’s hard for impact executives to be lifers in law firms because they do not have the opportunity to build up years of service,’ Bull says. He adds that managing partners – who are almost always ‘lifers’ – may rely on impact executives to drive transformational but potentially unpopular change.

Market liberalisation has enabled law firms to appoint non-lawyer business support heads as partners, including IT heads at Foot Anstey and Winckworth Sherwood. This demonstrates mutual commitment and adds credibility to the role, firmly placing business support heads on the same level as other partners. However, Bull comments that when a firm has 50 or 100 partners, partnership status does not guarantee partnership support. Hence the political element of the role – engaging the partnership in technological change. Furthermore, it is rare to find genuinely high-impact, transformational CIO partners. ‘Can you really shift the firm’s business strategy from the role of CIO?’ he asks.

Technologically astute law firms have for a long time appointed partners to lead IT and make innovation an integral part of the firm’s business strategy.

Derek Southall, partner and firm head of innovation and digital, has seen Gowling WLG through a succession of mergers. He does not consider his partner status a relevant factor. Rather, he sees legal IT itself as changing dramatically, both in its positioning within the firm and in the skill set and mindset that firms require from IT leaders. ‘Whereas previously the emphasis was on infrastructure, now IT is truly integrated into every part of the business,’ he says.

‘And while there are multiple new challenges and opportunities, developments like big data analytics and cloud services mean that for IT leaders the need for technical skills is reducing, while the ability to make an impact on the business has become more acute. These factors also make it harder to identify the return on investment in IT projects, particularly as IT leaders have to deal with the fact that practice groups can access technology that supports their specific requirements online with minimal involvement from the firm’s IT function.’

While he agrees that law firms tend to associate innovation with competitive advantage, Southall highlights the danger of equating innovation with technology. ‘At Gowling WLG, we have broken innovation down into three components: legal innovation is about legal product offerings. For example, Gowling WLG is the only law firm that is an official member of a UK driverless car consortium. Business of law innovation is about how our business is set up; for example whether we offer contract lawyer services. Digital innovation is about working with teams across the firm to assess their digital fitness every year, and making sure that each practice and business support group is applying technology to maximum effect.’

Bringing in external talent enables a firm to harness ideas and innovation from other organisations and industries that experience continual disruption.

Shoosmiths’ information services director Shane Scott brought broad industry experience of transformational IT projects when he joined the firm in 2013, since when he has overseen a major IT overhaul, replacing or renewing the firm’s entire IT infrastructure. ‘Transformational roles often involve implementing change without the backing of the entire leadership, and that means walking on eggshells – and sometimes treading on toes. Additionally, organisations get change fatigue, which means that post-transformation you have no allies and it is time to move on,’ he explains.

Scott has never felt the need to have ‘skin in the game’, believing that successful transformation depends on strong leadership and the organisation owning the change. ‘In IT, there is always a tension between strategic and tactical direction. It is important therefore not to be diverted from a major change programme, particularly when someone randomly suggests introducing the latest new tools and applications. Otherwise you end up with a huge patchwork of applications that add complexity rather than optimising business processes.’

Engaging stakeholders in major change programmes means continually reinforcing the vision. ‘This is more important in a partnership structure where decision-making power is dispersed. Sometimes it’s about convincing particular individuals,’ Scott adds. He believes the key is to demonstrate early wins: ‘If you can put something in front of people and make the change real, you can generate enthusiasm, break down the barriers to change and let the innovation in.’

A significant challenge is the sheer number of stakeholders he has to convince. Shoosmiths has 139 partners, of whom 40 are key influencers. Unlike other industries that regularly implement five-year change programmes, Scott is not convinced that law firm partners (or legal IT vendors) would be prepared to go through short-term pain to invest in long-term transformation.

‘You cannot separate infrastructure and innovation because IT has to be always on and always connected. Only then can you think about innovating,’ Scott says. He can envisage AI and big data bringing further automation to legal services. ‘AI is based on processing rules. And ultimately, law is the application of a set of rules, so more legal processes will be automated. The rules will change as new precedents are created, but that will simply expand the rules base.’ He adds that he is not suggesting that lawyers will be replaced by machines, because some elements of law will always require a judgement call.

Jeff Wright, head of transformation at TLT, has experience from several perspectives, having been a partner and IT director at Morgan Cole Solicitors (now Blake Morgan) and a vice-president at Integreon. ‘People who regularly change organisations often develop a more strategic perspective,’ he observes, adding that TLT recruits people from different industries as well as people with a legal background in order to build diverse teams. Wright himself brought TLT a blend of both, particularly as his experience working for an LPO enabled him to discover the internal workings of different law firms and build an understanding of how corporates work with LPOs.

In more traditional firms an IT director’s partnership status can be a valuable card to play when it comes to making a business case for investing in IT resources. ‘It is more powerful to talk about investing “our money” rather than asking them to invest “their money”,’ explains Wright. ‘Another unfair advantage is that some partners will assume that because you’re a lawyer as well as an IT director, you have a better understanding of the issues they face. However, any good IT leader will understand their internal clients – and how the business works.’

Getting partner buy-in to innovation is not an issue at TLT, where partners are generally interested in pursuing new ideas. ‘They saw the value of setting up a wholly-owned captive, so it has been interesting to make this happen and develop the idea beyond business support work to specific legal processes.’

However, Wright agrees that firms, like football teams, need different managers depending on the nature of the transformation: you need a particular type of manager to put the team through the pain and get them promoted and someone different to run the side once it has been promoted. ‘If the transformation is painful, it can be better to get someone in to do it, take the flak and then move on,’ he explains. ‘However, there are also plenty of opportunities to introduce good, evolutionary change, which takes longer.’ Wright adds that he was initially taken on on a fixed contract, but was quickly made permanent, perhaps reflecting that TLT sees change as an ongoing investment.

Wright flags up another reason why some IT leaders move from transformation to transformation. ‘People who have an affinity for dramatic transformation may be less interested in maintaining efficient, reliable IT which is also a critical part of the IT leader’s role. Legal IT is like an iceberg – innovation is the shiny bit at the top, but it and the rest of the business relies on the part that no one notices until something goes wrong.’

At Exponential-e’s cloud seminar consultant Steven Harrison argued that DevOps was the new differentiator in legal IT and that the internal IT function is best placed to innovate in a way that responds to the needs of the firm, its stakeholders and market forces. DWF, TLT and others have achieved this by establishing wholly-owned subsidiaries to develop tailored tech solutions.

However, these separate entities need to be managed by the head of IT in order to ensure that the overall strategy does not include contradictory elements that could challenge business agility. Hence Hodkinson at DWF heads up the firm’s tech developer arm 15squared. Harrison suggested taking this approach further, by outsourcing standardised systems to free up internal teams to innovate. This version of Gartner’s concept of bi-modal IT – splitting IT governance into operational and exploratory divisions – is certainly food for thought.