Vision for Wales – an update

Commission on Justice in Wales

Set up by the Welsh government in 2017, the Commission on Justice in Wales is an independent body tasked with reviewing the operation of justice, policing and the legal sector in Wales and setting a long-term vision for the future.

Since the commission began taking evidence in February 2018, it has received more than 170 written submissions, which are published on the commission’s website, and is in the process of taking oral evidence from a wide range of key witnesses about the legal sector, justice and policing. 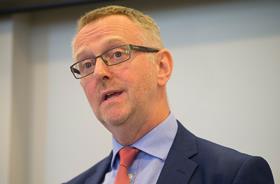 Part of the commission’s remit is to consider the challenges facing the legal sector in Wales and the most effective ways in which those challenges can be met. The commission is, of course, cognisant that many of the issues, such as the impact of the closure of court and tribunal buildings and legal aid reforms, also apply in England. There are particular challenges around the sustainability of smaller law firms in rural and post-industrial areas, many of which have an older age profile and are at a relative disadvantage to their larger competitors in more affluent areas when it comes to attracting and retaining talent. The commission, through its oral evidence sessions and engagement with practitioners and other interested parties inside and outside Wales, at commission events from Swansea to Wrexham and from London to Edinburgh, is looking at how the sector is responding, for example through the increasing use of legal technology and innovation.

Evidence to the commission has shown the importance of integrating emerging technologies such as artificial intelligence and digitisation in legal education. A significant development in this area is the establishment by Swansea University of the Centre for Innovation and Entrepreneurship in Law (CIEL). The CIEL focuses on what it describes as ‘rethinking the nature of legal education and practice’ and aims to promote the acquisition of high-level skills related to technology-driven legal practice. It also looks to provide an environment where legal tech entrepreneurs are supported to bring their ideas to fruition, to create new products and services, and to harness technology which can drive innovation in access to justice. The work done here is equipping law students in Wales with the knowledge and tools for applying technology to legal practice. The commission also commends the University of South Wales and Cardiff and Vale College for being the UK’s first academic institutions to become members of the Legal Technology Core Competencies Certification Coalition, LTC4, which is setting the global standard for legal technology proficiency in industry.

There are, however, challenges facing legal education and training in Wales. The commission has received evidence that more time could be invested in teaching on the growing body of Welsh law in university curricula, and vocational and professional development. Evidence has also been submitted about the very limited number of legal textbooks and materials with commentary on Welsh law and how that is adversely impacting on demand by students to study Welsh law. In recent years, work has begun on making Welsh law more accessible to lawyers and citizens and it is vital that this continues.

The Solicitors Regulation Authority has provided valuable evidence to the commission on the size and character of the legal sector in Wales. In its submission, the SRA confirmed that of the more than 10,000 law firms it regulates in England and Wales, fewer than 400 are based in Wales. Firms based in Wales tend to be smaller, typically with a turnover of less than £500,000, with more than half having fewer than five fee-earners. The SRA said it recognised the importance of the legal sector and that its engagement with the commission is part of its support for the sector; and it has put in place regulations which take account of the Welsh language and the other distinct circumstances of Wales.

The Commission on Justice in Wales is chaired by the former Lord Chief Justice of England and Wales, Lord Thomas of Cwmgiedd. It is expected that the commission will publish a report of its findings and recommendations during the course of 2019.

The terms of reference for the commission are to review the operation of the justice system in Wales and set a long-term vision for its future, with a view to:

Law firms in Wales are concentrated in more urban areas, which may impact on the provision of legal services in less-populated areas. This raises obvious issues for citizens accessing advice and for lawyers seeking opportunities to practise. The SRA sees the problem being exacerbated by the current model of qualification through training contracts, which it believes could be more flexible. SRA data shows that in 2016/17 only 165 training contracts were awarded in Wales.

The SRA’s evidence is consistent with other evidence presented to the commission about there being a higher proportion of older practitioners in Wales compared to England. One submission from a solicitor in rural Wales set out the challenges caused by the older age profile of solicitors in rural and post-industrial areas of Wales and the implications for sustainability of law firms and the availability of advice. It stated that there are only five duty solicitors in mid-Wales and with an average age of over 50; with one practitioner over 70, two over 60, one aged 46 and the other 35. None of the three practices in which they worked appeared to be training more solicitors to undertake this work. The solicitor concluded that unless there is a radical rethink about the way in which services are provided in rural areas they will disappear altogether. He highlighted how firms in mid-Wales struggle with recruitment, with applicants tending to have very strong local ties, principally through family, and making a conscious choice to develop a career in the local area, but being very limited in number.

There are opportunities in rural areas like mid-Wales for law firms to build on existing collaboration with other professional firms, such as accountants, financial advisers and surveyors, to expand business networks in the local area; and with universities and colleges in the wider region to increase knowledge transfer by sharing educational and training resources, and strengthen relationships with law schools to further develop the talent pool of law graduates. The work local law societies and the Law Society’s Wales office are doing is crucial in shaping these opportunities.

The commission is continuing to receive a wide range of valuable written and oral evidence, which is informing its deliberations about the legal sector and the other aspects of its work. It is scheduled to publish a report of its findings and recommendations later this year.

Andrew Felton is secretary to the Commission on Justice in Wales