All aboard: firms win coveted spots on £50m rail panel

Eight firms have secured coveted spots on the government's £50m panel contract for specialist advice on modernisation projects including Crossrail and High Speed 2.

Addleshaw Goddard, Ashurst, DLA Piper UK and Eversheds Sutherland (International) have been appointed as tier 1 suppliers. The tier's work will involve advice on major, long term transactions such as rail franchise competitions and other highly complex projects where the supplier 'will need to devote considerable resource' to the project over a multiyear period of time or where the instructions relate to particularly complex issues, the tender document states. 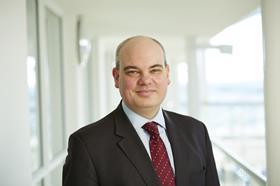 Paul Hirst, Addleshaw Goddard's head of transport, said the firm's appointment was a 'huge accolade for our rail and wider transport team. We're looking forward to continuing to work closely with the department on a fascinating pipeline of rail infrastructure and rolling stock projects, and the ongoing programme of franchise competitions'.

The three-year contract has an optional 12 month extension. Crown Commercial Service says the deal is expected to save 0.75% over three years. Rates have been assessed as part of the tender process. Hourly rates include an upfront discount. Daily and monthly rates are also available at reduced costs.

The panel was developed to address specific requirements for the Department for Transport. It is one of four panels replacing an existing legal services framework.