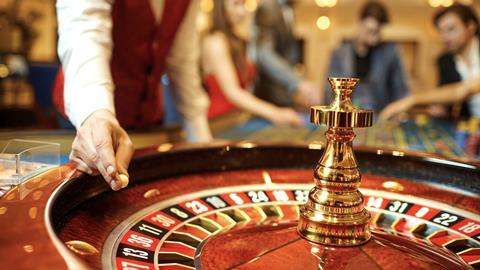 In dismissing the Revenue and Customs Commissioners appeal, the Supreme Court found that non-negotiable gaming chips and free bet vouchers provided by the respondent casino to selected gamblers had no value ‘in money or money’s worth’ or as prizes for the purposes of s 11(10) of the Finance Act 1997 (the Act). Accordingly, they had not contributed to the gaming duty payable by the respondent under the Act.

The respondent casino provided selected gamblers with non-negotiable gaming chips and free bet vouchers (collectively, ‘non-negs’) free of charge as a promotional tool to encourage gambling in its casinos. Unlike a normal cash chip, non-negs could not be encashed or used to pay for goods and services, they could only be used to place bets. Initially the respondent included the face value of all the non-negs played by gamblers and retained by it as banker in the calculation of its banker’s profits, for the purpose of calculating its ‘gross gaming yield’ under s 11(8) of the Finance Act 1997 (FA 1997). The gross gaming yield determined the amount of gaming duty the respondent was liable to pay to the appellant Revenue and Customs Commissioners (HMRC). However, the respondent subsequently concluded that it should not have included the non-negs in the calculations of its banker’s profits and requested that HMRC repay it almost £2m in gaming duty, which was the amount the respondent contended it had overpaid during the relevant period. HMRC rejected that claim and the matter was appealed up to the Court of Appeal, Civil Division (see [2018] All ER (D) 45 (Oct)). The issue in dispute was whether a gambler who placed a bet in one of the respondent’s casinos using a non-neg had staked ‘value, in money or money’s worth’ with the respondent, within the definition of ‘banker’s profits’ in FA 1997 s 11(10)(a). The Court of Appeal, Civil Division, dismissed HMRC’s appeal and found that a non-neg was not a ‘stake staked’ and had no value in ‘money or money’s worth’ for the purposes of FA 1997 s 11(10)(a), and accordingly non-negs did not fall within the definition of ‘banker’s profits’. The court further held that the non-negs were a prize of no value for the purposes of FA 1997 s 11(10)(b). HMRC appealed.

The expression ‘money or money’s worth’ in s 11(10)(a) had emphasised that in determining the value of the ‘stakes staked’, it had been the actual and real world value of the stakes in the hands of the banker that had mattered. That had required a focus on the economic substance of the stake, and the real financial contribution that the stake had made to the banker’s profits from gaming. If the gambler had lost a bet with a non-neg, the non-neg had been returned to the respondent, but no right to money had passed to the respondent. Accordingly, a non-neg had no real world value to the respondent when the gambler lost in a bet, save insofar as it might have been said that a contingent liability of the respondent to pay out to the gambler had been eliminated. However, that had not instilled in the non-neg a ‘value, in money or money’s worth’, nor had it rendered it a ‘stake staked’ within the meaning of s 11(10)(a). Non-negs had no value in money or money’s worth within the meaning of that provision (see [38], [44], [48] of the judgment).

(2) Whether and to what extent value should be given to non-negs as prizes pursuant to FA 1997 s 11(10)(b) once they were staked and returned to the gambler who had won his bet. HMRC had contended that non-negs were a ‘voucher’ within the meaning of s 20(3) of the Betting and Gaming Duties Act 1981 (BGDA 1981) and accordingly they should have been treated as having their face value as prizes for the purposes of FA 1997 s 11(10)(b).

Further, if non-negs had been found to be prizes of value when they had been staked and returned to the gambler, the consequence of FA 1997 would have been that non-negs had not contributed to banker’s profits when gamblers lost their bets, but they would have reduced those profits when gamblers won a bet and had their non-negs returned to them as prizes. That would have produced an incoherent scheme which would have been unduly favourable to casinos and could not have been parliament’s intention (see [56] of the judgment).

The appeal would be dismissed (Lord Sales partially dissenting) (see [57] of the judgment).