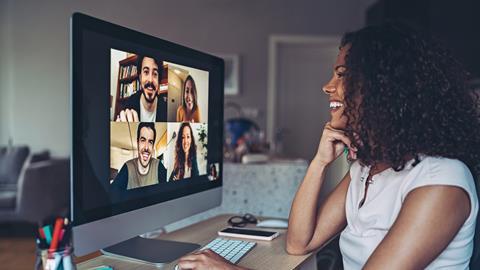 Once the Local Authorities and Police and Crime Panels (Coronavirus) (Flexibility of Local Authority and Police and Crime Panel Meetings) (England and Wales) Regulations 2020, SI 2020/392, which permitted local authority meetings to be held remotely (in the context of the Covid-19 pandemic), ceased to apply, such meetings had to take place at a single, specified geographical location; attending a meeting at such a location meant physically going to it; and being ‘present’ at such a meeting involved physical presence at that location. Accordingly, the Administrative Court, in dismissing a judicial review claim, ruled that Secretary of State for Housing, Communities and Local Government had been correct, in November 2016 and July 2019, to say that primary legislation would be required to allow local authority ‘meetings’ under the Local Government Act 1972 to take place remotely. The court considered that it was unlikely that Parliament had intended an updating construction to apply, and that it was legitimate to construe LGA 1972 in a way which promoted certainty in its application.

*Hertfordshire County Council and others v Secretary of State for Housing, Communities and Local Government

Until March 2020, by long-established custom and practice, local authorities had conducted their meetings ‘in person’. Schedule 12 to the Local Government Act 1972 (LGA 1972) made provision relating to ‘meetings’ of statutory authorities in England and Wales and referred, in a number of provisions, to the ‘place’ of such meetings, to people being ‘present’ at them and to the persons who could ‘attend’. Other statutory provisions governed the circumstances in which meetings were required to be ‘open to the public’ or ‘held in public’. Until very recently, there was a consensus that the legislation, as it applied in England, did not permit ‘remote’ meetings.

On 1 April 2020, the Secretary of State for Housing, Communities and Local Government (the Secretary of State) made the Local Authorities and Police and Crime Panels (Coronavirus) (Flexibility of Local Authority and Police and Crime Panel Meetings) (England and Wales) Regulations 2020, SI 2020/392 (the Flexibility Regulations), which permitted local authority meetings to be held remotely.

The claimants (Hertfordshire County Council, Lawyers in Local Government and the Association of Democratic Services Officers) were granted  permission to apply for judicial review to challenge the decision.

Whether LGA 1972 would permit remote meetings in England when the Flexibility Regulations ceased to have effect. The answer was not likely to have any impact on local authorities in Wales or Scotland, which were subject to different legislative regimes.

The Secretary of State had been correct, in November 2016 and July 2019, to say that primary legislation would be required to allow local authority ‘meetings’ under LGA 1972 to take place remotely. Once the Flexibility Regulations ceased to apply, such meetings had to take place at a single, specified geographical location; attending a meeting at such a location meant physically going to it; and being ‘present’ at such a meeting involved physical presence at that location (see [89] of the judgment).

The decision of Leggatt J in R (on the application of ZYN) v Walsall Metropolitan Borough Council [2015] 1 All ER 165 was a useful starting point in setting out the principles to be applied to the construction of LGA 1972. At [42], he had said that: ‘On analysis … the conflict between the historical approach and the updating approach to statutory interpretation is not as deep as may at first appear. Treating legislation as ‘always speaking’ can still be seen as an exercise in identifying the meaning of the legislation at the time when it was made. It is just that this meaning is one which allows the relevant statutory language to have a changing application’ (see [68] of the judgment).

At [53]-[54], Leggatt J had noted that ‘Parliament can change the meaning of an existing statutory provision’ either directly or by enacting a general rule of interpretation. Leggatt J had continued as followed at [59]: ‘This approach seems to me to respect the constitutional principle of parliamentary sovereignty’ (see [70]-[72] of the judgment).

Bennion, Bailey and Norbury on Statutory Interpretation (8th ed., 2020) at (24.19) cited the extract from [59] of ZYN as authority for the proposition that where the legal meaning of an enactment was doubtful, subsequent legislation on the same subject could be relied on as persuasive authority as to its meaning (see [73] of the judgment).

The question for the present court was not what ‘meeting’ meant in the abstract, or in some other context, but what it meant in the particular statutory context of LGA 1972 Sch 12. That being so, the meaning of ‘meeting’ had to be informed by reading Sch 12 as a whole. Attending a meeting at a single specified geographical location would ordinarily mean physically going to that location; and being ‘present’ at such a meeting would involve physical presence at the specified location. That was not determinative of the question whether Parliament had intended an updating construction to be applied. Updating constructions had, sometimes, been applied so as to bring new factual situations within statutory terminology that was, on its face, inapt to include them (see [75]-[77] of the judgment).

There was, however, another feature of the statutory context which made it unlikely that Parliament had intended an updating construction to apply. The meetings provided for by Sch 12 were an important part of the mechanism of government of the country. The decisions taken at those meetings could have significant legal consequences for third parties. It would often be necessary to decide whether a meeting was quorate or whether a majority of those present had voted in favour of a particular resolution. Questions of that kind could give rise to acrimonious disputes. That made it important to have certainty about what constituted attendance or presence at a meeting. Without such certainty, it might be unclear whether a particular decision had been validly taken or not. It was legitimate to construe LGA 1972 in a way which promoted certainty in its application. A construction according to which meetings had to take place in person at a physical location better promoted certainty than one in which remote meetings were permissible in some, but not other, situations and the dividing line was not spelled out (see [78] of the judgment).

If the present court had to construe LGA 1972 Act purely on the basis of what had been intended in 1972, it would read ‘meeting’ as referring to an in-person meeting taking place at a particular geographical location and ‘attend’ and ‘present’ as connoting physical attendance or presence at that location (see [83] of the judgment).

That was not, however, the end of the story, because, if LGA 1972 were ambiguous, it would be legitimate to consider later legislation in construing it. So far as England was concerned, there was currently CA 2020 s 78. The court would then have to ask whether, by enacting that provision, Parliament had ‘act[ed] in a way which treats the term[s] as having a particular meaning and signal[led] its approval of that meaning’. Parliament had acted in that way (see [84] of the judgment).

CA 2020 had to be read against the background of the Local Government in Scotland Act 2003 (LGSA 2003), the National Assembly for Wales made the Local Government (Wales) Measure 2011, the 2016 Consultation (a consultation paper entitled ‘Connecting Town Halls: Consultation on allowing joint committees and combined authorities to hold meetings by video conference’) and the 2019 Response (the Government’s response to the consultation). The Scottish and Welsh legislation provided examples of express legislative provision for remote local authority meetings. The consultation document and response to consultation articulated in clear terms the Government’s view that LGA 1972 included no such provision (in contrast to the position in Scotland (see [85] of the judgment).

It was no answer to say that CA 2020 had been enacted in haste. There was no principle of construction which enabled the courts to place less weight on a provision of primary legislation because it had been passed in a hurry. Nor was it convincing to suggest that s 78(2) could have been inserted ‘for the avoidance of doubt’ (see [86], [87] of the judgment).

Finally, the considerations to which the court had referred (see [49]-[55] of the judgment) seemed to point away from a construction in which remote meetings were permitted. Where there were two possible constructions, it was legitimate to favour the one which accorded better with what had been until very recently the consensus view. That was particularly so in circumstances where the effect of the other construction would traverse the same ground covered by express legislative provision in Scotland and Wales and would undermine the express basis of a recent consultation on proposed legislative changes in England and the implied basis of a call for evidence currently underway (see [88] of the judgment).

There were powerful arguments in favour of permitting remote meetings. However, as the consultation documents showed, there were also arguments against doing so. The decision whether to permit some or all local authority meetings to be conducted remotely, and if so, how and subject to what safeguards, involved difficult policy choices on which there was likely to be a range of competing views. Those choices had been made legislatively for Scotland by the Scottish Parliament and for Wales by the Senedd. In England, they were for Parliament, not the courts (see [90] of the judgment).

The claim would be dismissed (see [91] of the judgment).

Jonathan Moffett QC and Rose Grogan (instructed by the Government Legal Department) for the Secretary of State.