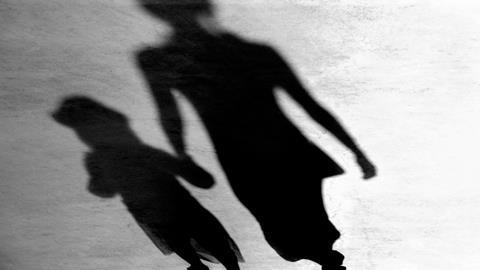 The mother’s appeal against findings of fact made against her in care proceedings, made on the basis of fresh evidence that suggested that her account of events had been plausible, was dismissed. The Court of Appeal, Civil Division, held that the family court had the statutory power under s 31F(6) of the Matrimonial and Family Proceedings Act 1984 to review its findings of fact, and it would generally be more appropriate for the significance of the further evidence to be considered by the trial court rather than by way of an appeal.

The appellant mother, who was a member of the travelling community, had had adverse findings made against her at a fact finding hearing in respect of her child who had been found to have cigarette burns. The mother’s account of how the burns had occurred had been rejected. Consequential orders in respect of the care of the child and siblings were made. However, subsequent to that finding of fact, in a parallel criminal investigation, a forensic burns consultant had been of the view that the mother’s explanation for the burns had represented a plausible accidental explanation. On the basis of that new evidence, the mother appealed. An issue arose as to whether the mother’s approach should have been to appeal the fact finding ruling or, in the light of the new evidence, make an application to the trial court to reopen the proceedings.

Whether a challenge to findings of fact in family proceedings was by way of an appeal or an application to the trial court.

The family court had the statutory power under s 31F(6) of the Matrimonial and Family Proceedings Act 1984 to review its findings of fact. It would generally be more appropriate for the significance of the further evidence to be considered by the trial court rather than by way of an appeal. Challenges to findings of fact on the basis of further evidence did not have to be by way of appeal only (see [17] of the judgment).

Whether the court was prepared to entertain an application to reopen a finding depended upon whether it was satisfied that the finding had actual or potential legal significance, namely, whether it was likely to make a significant legal or practical difference to the arrangements that were to be made for those or other children (see [34], [45] of the judgment).

The test to be applied to applications for reopening had three stages. First, the court would consider whether it would permit any reconsideration of the earlier finding. If it was willing to do so, the second stage determined the extent of the investigations and evidence that would be considered, while the third stage was the hearing of the review itself. A court faced with an application to reopen a previous finding of fact should, first, remind itself at the outset that the context for its decision was a balancing of important considerations of public policy favouring finality in litigation on the one hand and soundly-based welfare decisions on the other. Second, it should weigh up all relevant matters. Thirdly, above all, the court was bound to want to consider whether there was any reason to think that a rehearing of the issue would result in any different finding from that in the earlier trial. There had to be solid grounds for believing that the earlier findings required revisiting (see [48]-[50] of the judgment).

In the present case, it had been open to the mother to have made an application directly to the trial court and an appeal had not been her only remedy (see [13] of the judgment).

Accordingly, the mother’s appeal would be dismissed (see [11] of the judgment).

Iain Alba (instructed by Keppe Rofer) for the mother.

The father appeared in person.

Rhian Jones (instructed by Caswell Jones Solicitors) for the Guardian.