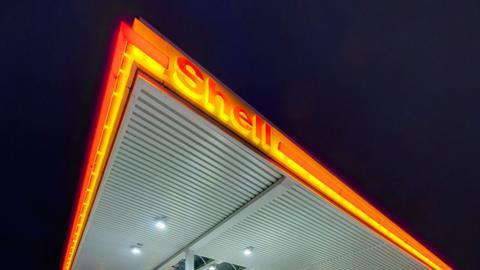 The appellants succeeded in their appeal against the striking out of their claim forms, in proceedings in which the appellants, who were citizens of Nigeria, had alleged that the respondent companies had failed in a duty of care by allowing oil pollution to occur near their communities. The Supreme Court held that the majority of the Court of Appeal had erred in its approach to contested factual evidence. Further, the Court of Appeal had been wrong to decide that there was no real issue to be tried.

*Okpabi and others v Royal Dutch Shell Plc and another.

The claims alleged that numerous oil spills had occurred from oil pipelines and associated infrastructure operated in the vicinity of the appellants’ communities, causing widespread environmental damage, and had not been adequately cleaned up or remediated. The appellants’ case was that the oil spills had been caused by the negligence of the second respondent pipeline operator (SPDC), a Nigerian registered company. SPDC was a subsidiary of the first respondent (RDS), a UK domiciled company and the parent company of the multinational Shell group of companies.

The appellants contended that RDS had owed them a common law duty of care because it had exercised significant control over material aspects of SPDC’s operations and/or had assumed responsibility for SPDC’s operations.

In January 2017, the High Court held that, although it had jurisdiction to try the claims against RDS, the claims did not have a real prospect of success and, consequently, the conditions for granting permission to serve the claim on SPDC as ‘necessary or proper party’ to the claims against RDS for the purposes of the jurisdictional gateway in para 3.1(3) of PD 6B had not been made out. The service of the claim forms on SPDC was struck out, and the appellants’ statements of case were struck out insofar as they related to RDS. The appellants appealed.

The appellants appealed to the Supreme Court.

(1) Whether the Court of Appeal had materially erred in law in its analysis of: (i) the principles of parent company liability in its consideration of the factors and circumstances which could give rise to a duty of care; (ii) the procedure for determining the arguability of the claim at an interlocutory stage, as shown by its treatment of the threshold for what constituted an arguable case, and by its approach to both contested factual issues and to the relevance and significance of likely future disclosure; and/or

(iii) the overall analytical framework for determining whether a duty of care existed in such cases and its reliance on the threefold test in Caparo Industries plc v Dickman.

The judge at first instance had conducted a mini-trial and had done far more than subject the evidence to critical analysis, as reflected in the ‘findings’ that he had made on the evidence. That was further borne out by the nature of the appeal from his decision, which was essentially based on his erroneous approach in evaluating the evidence (see [111] of the judgment).

Conducting a mini-trial had also led to the Court of Appeal making inappropriate determinations in relation to the documentary evidence. Since the court had been making a decision on the evidence, it effectively had needed to conclude that the prospect of there being further relevant evidence on disclosure could and should be discounted. It appeared to have dismissed the relevance of future disclosure on the basis that a good arguable case had to be demonstrated on the basis of the material currently available (see [126], [127] of the judgment).

The Court of Appeal had made no reference to the importance of internal corporate documents to the issues in the case, nor to the pre-Vedanta authorities which emphasised that point. The Court of Appeal appeared to have assumed that, because it had considered that the high level documentation obtained by the appellants had not provided evidence of the exercise by RDS of control over the operations of SPDC, it had followed that further documentation provided on disclosure would be unlikely to do so. That did not follow. Operational control was most likely to be revealed by documentation relating to operational matters. The appellants had had no such documents and there had been no disclosure relating to such matters (see [133], [134] of the judgment).

The production of two documents (the RDS Control Framework and the RDS HSSE Control Framework) for the appeal hearing illustrated the danger of seeking summarily to determine issues which arose in parent/subsidiary cases such as the present one without disclosure. Both were clearly material documents. Had there been no appeal, the appellants’ claim would have been dismissed without consideration of either of them (see [136] of the judgment).

The Court of Appeal had proceeded to a summary determination on the basis of the appellants having access to only two internal corporate documents (see [139] of the judgment).

The appellants had established the second of the material errors of law alleged by them (see [140] of the judgment).

(2) Whether there was a real issue to be tried.

It had not been shown that the averments of fact made in the particulars of claim should be rejected as being demonstrably untrue or unsupportable. On that basis, the evidence established that there was a real issue to be tried under Vedanta routes (1) and (3); namely, RDS taking over the management or joint management of the relevant activity of SPDC or RDS promulgating group-wide safety/environmental policies and taking active steps to ensure their implementation by SPDC. That conclusion was further supported by the witness evidence and the very real prospect of relevant disclosure being provided, as well as the minority judgment in the Court of Appeal (see [153]-[155] of the judgment).

It was of significance that the Shell group was organised along business and functional lines rather than simply according to corporate status. That vertical structure involved significant delegation (see [156] of the judgment).

The Court of Appeal had been wrong to decide that there was no real issue to be tried (see [159] of the judgment).

Vedanta Resources Plc and another v Lungowe and others [2019] 3 All ER 1013 considered.