Solicitors representing fraudulent property vendors should share responsibility along with those representing the duped buyers for any resulting losses, the Court of Appeal has ruled in a widely awaited decision.

The cases, first brought to light by the Gazette last year, set an important precedent on liability for recompensing parties duped into buying properties that are not owned by the people claiming to be sellers.

The judgment, published here, effectively means that lawyers representing the purported sellers bear responsibility for carrying out sufficient checks on their clients. If those checks are not carried out, the buyer’s representatives cannot be held solely responsible for monies lost. 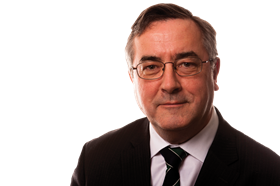 Jerome O’Sullivan, partner at London firm Healys, who acted for Dreamvar, said the court had made it clear that the vendor’s solicitors have potential liabilities to the purchaser if they have not carried out sufficient client checks. ‘The vendor’s solicitor is in the best position to carry out reasonable due diligence in investigating to verify the vendor’s identity and ownership of the property for sale,’ he said. ‘If the original judgment had been upheld it would mean that, even if a seller’s solicitor was grossly negligent, they would still have no liability to the defrauded purchaser.

‘In contrast, the purchaser’s solicitor was left likely to be held solely liable for breach of trust, even if they had not been negligent.’

London firm JPC Law, representing property development company P&P who fell victim to fraudsters almost five years ago, said it had succeeded in its argument that south east firm Owen White & Catlin, who acted for the seller, should be liable. This would mean the repayment of around £1m paid for the property, plus consequential damages and costs.

P&P contended that OWC and the selling agents Winkworths held themselves out as having the authority of the true owner to conclude the sake of the property: the buyer alleged negligence in not carrying out adequate checks and, in the case of OWC, not having the authority to disburse purchase monies to their client other than on the completion of a genuine sale.

Niten Chauhan, partner at JPC Law, said the P&P ruling ‘will give a glimmer of hope to other victims of fraudulent property transactions be they large organisations, small companies such as P&P or every day people who were simply trying to buy their next home’.

Niall Innes, partner at national firm Mills & Reeve, which represented Winkworths, said the decision risks making solicitors effective guarantors that a transaction is genuine, without giving any real guidance about what they should do to avoid their liability.

He added: 'The decision will have potentially significant effects on solicitors’ own insurance arrangements and it will inevitably lead to practical difficulties during the course of conveyances as buyers’ and sellers’ solicitors try to pass liability onto the other.'

The Law Society are pleased to announce that the annual National property law conference will take place on Wednesday 10 October 2018 at Chancery Lane in London.

This year's conference will address the key issues affecting residential and commercial practices including the impact of Dreamvar, new regulations around anti-money laundering as well as leasehold and commonhold reform.