Brexit: City firms flock to Ireland (but not literally)

Transatlantic firm Eversheds Sutherland tops a league table of England and Wales lawyers to have joined the roll of solicitors in Ireland since the UK voted to leave the EU.

The firm has had132 solicitors admitted to the Irish roll, ahead of magic circle firm Freshfields Bruckhaus Deringer on 131. Slaughter and May (98) and Latham & Watkins (80) are next on the list. However, it is understood some of the Eversheds lawyers have since left the firm.

The figures are included in data produced by the Law Society of Ireland which shows that 1,644 England and Wales-qualified solicitors have joined the Irish roll since 2016. A further 75 Northern Ireland solicitors have also joined. 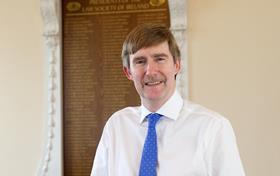 In the six months leading up to the Brexit vote on 23 June 2016, the Gazette revealed that 186 solicitors from the UK had been admitted - more than three times the total at the same stage in 2015.

By July 2017, 1,448 England and Wales solicitors had been admitted, prompting Ken Murphy, director general of Law Society of Ireland, to allude to a ‘tsunami’ of registrations. In the years before the referendum the number of of solicitors joining the Irish roll in any given year was around 100.

The figures for E&W solicitors taking out an Irish practising certificate has also increased each year. In 2016, 103 solicitors took out a PC compared to 245 in 2017 and 238 so far this year. However, Murphy noted last year that while lawyers continue to join the roll in Ireland, only Pinsent Masons has so far committed to opening a new office in Dublin. That suggested rumours of a British ‘invasion’ may be overstated, he said.

Christina Blacklaws, president of The Law Society of England and Wales, said: ’Law firms and solicitors are doing everything they can to ensure they continue to meet their clients’ needs seamlessly when we leave the EU. Mutual recognition of professional qualifications is integral to the business models of many law firms in the UK and the EU27, as is the ability to fly in-fly out to advise on deals. Law firms are being resourceful and ensuring they continue to serve the best interests of their clients whatever the outcome of the negotiations.’