The Law Society is seeking to intervene in a case that has far-reaching implications for solicitors acting in property transactions. The representative body wants to join with City firm Mishcon de Reya in arguing against the firm being penalised for acting in a conveyance where the selling party was a fraudster posing as the owner.

The High Court ruled last year that the firm should bear the £1m losses of a client who duped into buying a London property, finding that the firm was liable to its client for breach of trust.

The Dreamvar v Mishcon de Reya fallout has prompted the Law Society to seek permission to intervene in the forthcoming appeal due to be heard in late February. 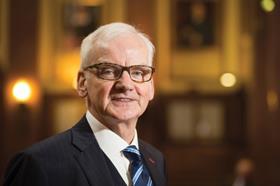 Society president Joe Egan said the organisation has considered broader implications for solicitors and wants to argue it would be preferable for the loss to lie with the lawyer acting on behalf of the fraudster, because they are in a better position to detect a problem.

‘The profession has high standards – particularly in conveyancing – and there are numerous regulatory requirements which are designed to make sure the risk of fraud is kept low,’ said Egan. ‘However, it is impossible to prevent all fraud. Fraudsters are becoming increasingly sophisticated and hard to detect. Fraud may occur, regrettably, even where solicitors on both sides have been scrupulous in complying with all due diligence requirements and best practice.

‘Where a solicitor has carried out his or her duties in full compliance with those requirements, we do not believe they should bear the loss on behalf of a defrauded purchaser,’ he said.

He went on to note that Mishcons was not subject to any finding of negligence or dishonesty, and that the judgment has major implications for solicitors and the professional indemnity market.

Egan said solicitors have to be proactive in their efforts to prevent fraud and reduce the risk to clients. ‘Working with partners, including the National Cyber Security Centre, we are developing new cybersecurity and scam prevention resources for the legal sector. These will help firms detect early signs of fraud and block attempts to defraud clients and help the public understand how to keep protect themselves.’