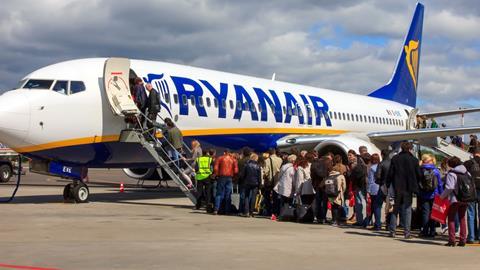 The Supreme Court has set a date for hearing arguments about the rights of solicitors to claim fees when their clients have bypassed them.

Submissions will be made in Bott & Co Solicitors Ltd v Ryanair DAC on 27 October. The north west firm is appealing a decision from the Court of Appeal from February 2019.

On that occasion, the court ruled that the airline was entitled to respond directly to passengers who sought compensation for delayed flights. This was a workstream that Bott & Co had built as the law changed to allow more passengers to claim compensation.

When it accepted a case on a no win-no fee basis, the firm would send a letter before action to the relevant airline and ask for payment to be made to its client account.

If this happened, the firm would check the payment, deduct its fees – typically 25% of the claim – and then pay the balance of the sum to the client. Bott would consider issuing proceedings if the airline failed to respond or disputed the claim.

But the landscape changed around February 2016, when Ryanair stopped dealing with Bott & Co on outstanding claims; instead it paid compensation directly to claimants and bypassed the firm entirely.

The firm issued proceedings against the airline, arguing it had an equitable lien over its fees – an argument rejected by the High Court and Court of Appeal.

The Supreme Court said it will assess to limits to the principle, as set in Gavin Edmondson Solicitors Ltd v Haven Insurance, under which a solicitor can ask the court to grant an equitable lien to protect his entitlement to fees.

The resulting judgment may have wider consequences for compensators in other areas of law who face hundreds or even thousands of claims a year.

* UPDATE ON 22 OCTOBER: This hearing date was adjourned due to someone involved testing positive for Covid-19. A new date has yet to be fixed.