A losing party has been ordered to pay an extra £65,000 after declining to settle a case over a difference amounting to less than £5,000.

The claimants in Hochtief (UK) Construction Ltd & Anor v Atkins Ltd had made a Part 36 offer to settle for £875,000, with the defendant having three weeks to respond. That offer was not accepted and the claimants obtained judgment more than two years later for £879,848. Mrs Justice O’Farrell made clear that Part 36 rules applied even when the difference between the rejected offer and the final award was relatively small. The ruling serves as a warning to all litigants that seemingly tough outcomes for failing to beat a Part 36 offer continue to be imposed by the courts. 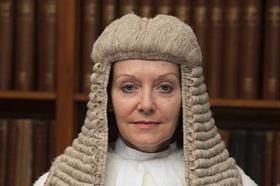 In giving her judgment, O’Farrell J stated the claimants had achieved a judgment sum at least as advantageous as the one they had offered. A further costs order, she noted, should only come based on the terms of the Part 36 offer, the stage in proceedings when it was made, the information available to the parties at the time, the conduct of the parties and whether the offer was a genuine attempt to settle proceedings.

The judge said of Hochtief: ‘The terms of the offer were clear. The Part 36 offer was made at a very early stage in the proceedings, after the letter of claim but before the issue of the formal claim. By that time, extensive investigations and remedial works had been concluded.’

She ruled the claimants, who had been involved in a contract dispute, were entitled to an enhanced rate of interest on damages and costs from the date of expiry of the offer. She set interest on damages at 6% above base rate and ordered that costs be assessed on an indemnity basis. The claimants will receive an extra £65,123 as a result on top of their awarded damages.