Disabled people 'given 12 days' to respond to human rights consultation

Disability and human rights groups have called for a consultation on controversial human rights reforms to be extended, telling the lord chancellor that disabled people have been given less than a fortnight to respond. The Ministry of Justice has apologised for the long wait for a 'fully accessible' document.

The MoJ's consultation on replacing the Human Rights Act with a ‘bill of rights’ closes on 8 March. However, organisations including campaign group Liberty and legal thinktank Justice say the government published an ‘easy read’ version of the 123-page document more than 10 weeks into the three-month consultation process.

They say the contents of the ‘easy read’ document are insufficient, and simply publishing a text document and not an audio file excludes people who are visually impaired.

In a letter to Dominic Raab, they state: ‘There was no reason for the consultation to be launched before provision was made that would enable everyone affected to take part in the process. There is certainly no reason why disabled people should now have only 12 days – or less – to respond to proposals that will have a direct impact on their lives. 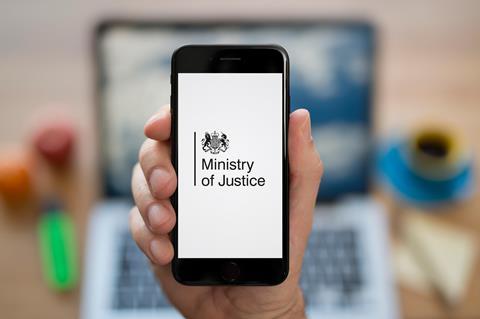 ‘Even with an easy read version, people with learning difficulties will need support to respond, which takes time to arrange and execute. Refusing to extend the deadline is refusing to enable people to take part.’

Raab is told to make the new deadline 12 weeks from the day that the ‘proper easy read version’ is published.

Signatories to the letter also include the Joint Council for the Welfare of Immigrants, Public Law Project, Immigration Law Practitioners Association and Law Centres Network.

The Ministry of Justice said: 'We are working urgently to address delays caused by supplier issues and have published an interim version but apologise for the wait for a fully accessible document.'