Solicitors should brace themselves for a major change in the way litigation costs are worked out when a new electronic bill of costs becomes compulsory. 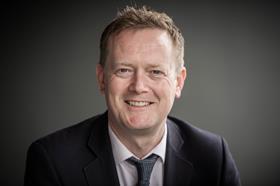 The Civil Procedure Rule Committee has reportedly decided that the new bill will be mandatory for all detailed assessments in the Senior Courts Costs Office from October. The change is now subject to ministerial approval.

The Association of Costs Lawyers, which relayed the decision, says the committee is meeting HM Courts and Tribunals Services to discuss implementation, and changes to the CPR will be included in the next scheduled update in July.

The roll-out will happen despite lawyers’ reluctance to take part in a scheme for the original electronic bill, Precedent AA.

The rule committee made amendments to the bill being used in the pilot, issuing Precedent AB, allowing users to create their own versions so long as they included certain levels of information. But the ACL says the roll-out will still go through without the SCCO having dealt with a single electronic bill.

ACL vice-chairman Francis Kendall said it seems likely that costs incurred after October will have to be in the format, so solicitors should make immediate efforts to understand what is required.

'Done properly, it can offer significant benefits to parties, judges and lawyers alike,' he said. 'It is obviously a concern that the pilot did not deliver any data, and it may be that - as Lord Justice Jackson himself said last year - making it compulsory is the only way to change practice.

'But it also means that, initially, everyone will be flying in the dark to some extent, and there are bound to be teething problems. It is vital in particular that sufficient time is put aside for judicial training.'

The Gazette reported last year the bill of costs was likely to be compulsory from October 2017, subject to the results of the pilot.

A note from the Ministry of Justice said: 'Parties will be able to file their bill in electronic format which will assist the court in assessing the bill as any adjustment made by the court, to, say, the rate or hours claimed, will automatically be carried through to all relevant parts of the bill.'