The Ministry of Justice must prepare for another High Court battle after fed-up law centres were granted permission to challenge procurement changes for legal aid housing duty contracts.

The housing possession court duty schemes (HPCDS) offer on-the-day face-to-face advice and advocacy at court to people facing possession proceedings. Anyone in danger of eviction or having their property repossessed can get free legal advice and representation on the day of the hearing, regardless of their financial circumstances.

The ministry decided to consolidate the number of court duty schemes to provide 'larger and more sustainable' contracts despite 48 out of 59 consultation respondents disagreeing with the proposal. The ministry also decided to introduce price-competitive tendering despite 51 out of 59 objections.

The law centres will face off with the ministry in a two-day judicial review hearing in May. 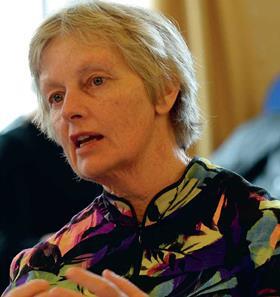 Julie Bishop, director of the Law Centres Network, said: 'So far law centres have put up with all the changes to legal aid contracting from the unified contract to the LASPO [Legal Aid, Sentencing and Punishment of Offenders Act 2012] changes - each time at a cost of law centre closures. This time we have decided enough is enough. The decisions about the HPCD contract are not rational and potentially will impact significantly on law centres' core work.

'Attending the court duty schemes is important for law centres to advise vulnerable people at a time of real need. These are people who, by nature, do not seek help. This is why they end up in court facing eviction. The new contracting model therefore has a significant impact on access to justice and needs to be challenged.'

The ministry also faces a judicial review challenge from the Law Society over reforms to its litigators' graduated fee scheme. A hearing is expected to take place in the summer.

Earlier this year the agency aborted a procurement to provide education and discrimination services from 1 September through its mandatory telephone gateway after receiving insufficient compliant bids. The agency has now confirmed it will extend education contracts with the two current providers. It will shortly begin a procurement process for new discrimination contracts.

Latest legal aid statistics published this week show that the agency received the highest number of applications for exceptional case funding since the Legal Aid, Sentencing and Punishment of Offenders Act came into force in April 2013. Of the 709 applications received between October and December 2017, 343 were granted, 167 were refused and 107 were rejected.